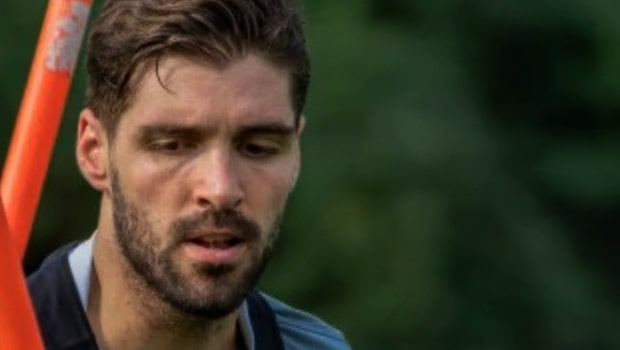 SC East Bengal has roped in Spanish defender Ivan Gonzalez ahead of the new season of the Hero Indian Super League, the club announced in a release statement on Friday. The Spaniard has signed a pre-contract of two years and thus will stay with the club until 2024.

Meanwhile, FC Goa had signed the services of Ivan Gonzalez for the Hero ISL 2020-21 season and now the Spaniard will make the move to SC East Bengal. Thus, Gonzalez has become the first signing as well as the first foreign player to join the club before the next season

The release stated, “32-year-old Spanish center-back Ivan Gonzalez has signed a pre-contract with East Bengal on a two-year deal”.

Meanwhile, the 32-year-old defender had done a decent job for FC Goa in the last two seasons. He featured in 36 out of the 42 matches and played a key role in keeping the opposition at bay with his strong defensive skills.

On the other hand, SC East Bengal had a forgettable previous season in the tournament. The Red and Golden brigade could not achieve the right impetus as they won a solitary contest and lost 11 games while drawing eight. Thus, they finished as the cellar-dwellers of the competition.

Gonzalez has the experience of playing for clubs like Cultural Leonesa, Racing Ferrol, UB Conquense, and Deportivo B and he will look to make the most of it to deliver the goods for the Kolkata-based team. Furthermore, he has played for the Real Madrid C team, and thus he is a great addition to the team.

As Gonzalez has a lot of experience, he is likely to lead SC East Bengal in the ninth edition of the Hero ISL.