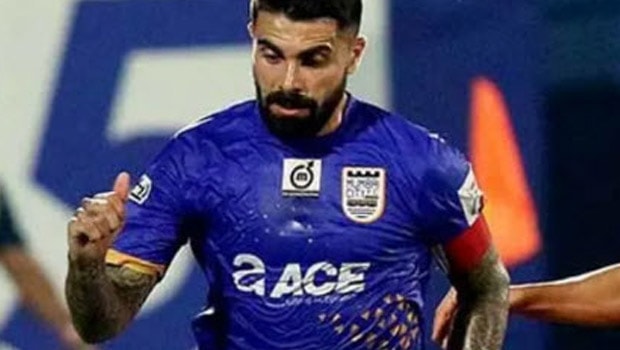 Mumbai City FC’s Portuguese midfielder Paulo Machado has left the club on mutual consent according to a statement released by the Indian Super League side.

The statement was released on Friday with the club praising his professionalism and influence at the club.

” Paulo has been a true model professional in these past two years. His influence on the club has been immense, both on and off the pitch, and we are thankful for his contributions to the club,” Bimal Parekh, co-owner of Mumbai City FC said.

Signed in the summer of 2018, the 34-year old signed was at the club for two years, making 18 League appearances in his first season and also captained the side.

But his second year was limited to just 9 appearance due to an injury in December last year.

During this period, he marshaled the midfield for the club and qualified them for their second-ever India Super League playoffs scoring 3 goals and making 5 assists over 2 seasons.

Meanwhile, East Bengal has started their participation in the 2020-2021 India Super League season is possible as they are sure an investor will take over the club soon.

One of the club’s executive member Debabrata Sarkar said this with the hope that fans would understand that the coronavirus pandemic has led to the delay in negotiating with the new investors.

“See, the doors are still open for us to play in this seasons’ ISL. Earlier, we were 50 percent confident of playing in the ISL. Still, now definitely, there has been headway into negotiations for a potential sponsor, and we are 80 percent sure now,” Sarkar was quoted by the press.

East Bengal’s former investors Quess Corp pulled out of its deal with the club earlier this year due to the financial implications of the COVID-19 pandemic.