ISL Team Of The Week Revealed 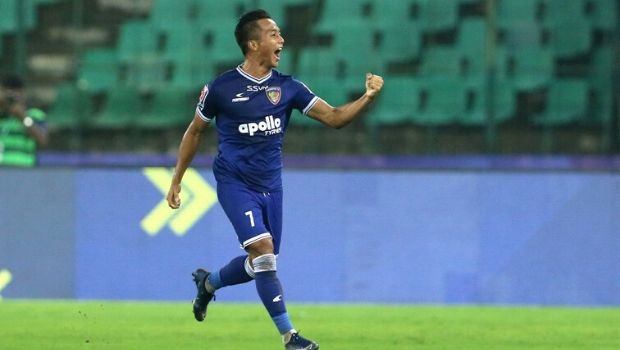 The Indian Super League has entered its ninth week in the 2019/2020 season saw some interesting results across all the matches played.

Northeast United recorded a 2-0 loss at home to Bengaluru FC while Jamshedpur followed suit with a 1-2 loss as well to Mumbai City.

The results had some players showing outstanding performances worthy of recognition and this time it’s not only by foreign footballers but also present amongst Indian footballers.

League leaders Goa FC had their players dominating the ISL team of the Week while Bengaluru’s 2-0 win at NorthEast United also yielded dividends as their players were included.

In the team, one goalkeeper, 4 defenders, 3 midfielders and 3 forwards in a 433 formation.

In goal is Bengaluru goalkeeper Gurpreet Singh Sandhu who had a clean sheet against NorthEast United in the 2-0 which made it his sixth shutout of the season in nine games.

He is protected by Chennai City’s Edwin Vanspaul, Bengaluru’s Albert Serra, who scored a goal in their win against NorthEast United.

Jamshedpur skipper Tiri was rewarded not only for his goal in his team’s loss to Mumbai City but also for his all-round performance, and 24-year old Subhasish Bose of Mumbai City was included in the defence.

Atletico Kolkota’s Jobby Justin, Goa FC’s duo of Brandon Fernandes and Ferran Corominas make up the front attack with Ferran Corominas’ brace making it six goals in nine appearances for the 36-year-old while that translates to 40 goals in 46 games in the ISL.

The next round of Indian Super League games will start on Christmas day with Bengaluru travelling to ATK.