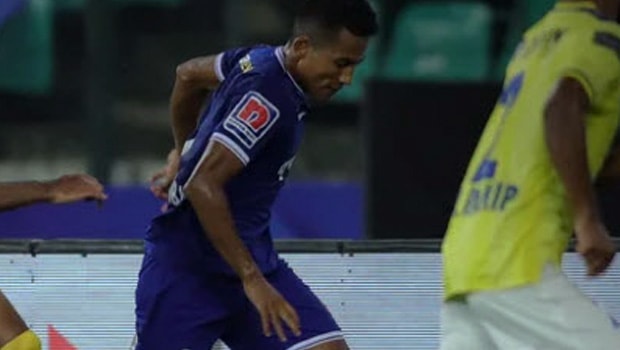 Chennaiyin FC defender Tondonba Singh will ply his trade, still in the Indian Super League but with Mumbai City if anything on goal is to go by.

The 25-year-old was an integral part of the Chennaiyin team which lost in the India Super League final to Atletico De Kolkota 3-1 on the 13th of March.

Tondonba started very early as he was promoted into the first team of NEROCA FC as a teenager aged 16 while playing in the Manipur state league.

He was a big member of the NEROCA team when they finished second in their first I-League season as he played all games.

For Chennaiyin, he made 14 appearances in the 2018/2019 season with 4 of the games he played coming from the AFC cup while in the just-ended season he played just nine times.

Tondonba’s signature becomes necessary after Subhashish Bose departed after the last season ended to team up with Atletico De Kolkota and with the backing of the city football group, Mumbai City are expected to have a busy transfer period.

Mumbai City finished fifth on the log after 18 games with 26 points scoring 25 goals and conceding 29 games in the ISL season.

The team finished 3 points away from the last top 4 spot where Chennaiyin secured with 29 points from 18 games.

Goa FC topped the league with 39 points while Atletico De Kolkota finished second with 34 points while Bengaluru had 30 points.

Atletico De Kolkota won the India Super League after beating Chennaiyin with Spanish Midfielder Javi Hernandez scored a goal in each half and on either side of Hernandez’s goals.