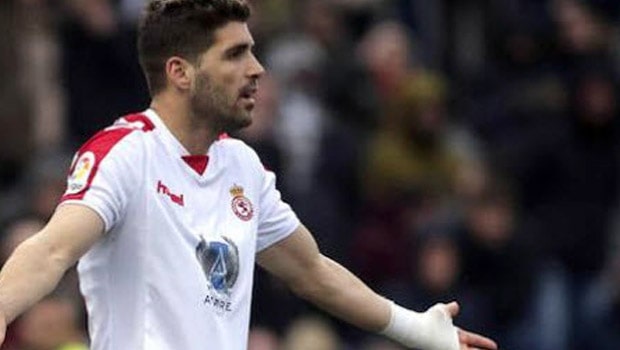 Spanish defender Ivan Gonzalez has joined India Super League side Goa FC having signed a 2-year deal with the club.

Gonzalez, who is joining after the end of his contract with Spanish club Cultural Leonesa is the club’s fifth signing in the current transfer period.

The defender, 30, started his career as a teenager with Real Madrid but couldn’t make it with the main team and he explained on Tuesday, what he could offer the team ahead of the new India Super League.

“I have more to offer than just being a defender. I, of course, defend, but I like to play with the ball and build up the game from the back, and I think that is something I’m good at,” Gonzalez said in a media release issued by the club.

Apart from his five seasons, which spanned across two spells at Leonesa, he has also represented Racing Ferrol, UB Conquense and Deportivo B.

Meanwhile, Mohun-Bagan striker Baba Diawara returned to Senegal last Sunday after being stranded in India since the coronavirus lockdown.

The striker scored the goal that handed Mohun Bagan the I-League title with four games left to be played against Aizawl FC.

He scored ten goals for the team in 12 league matches, and the former Sevilla man appreciated the club’s arrangement of the travelling plan for him and his family.

Aside from the travelling plan, the club’s management also prepared Covid-19 testing while Trinidad and Tobago’s defender Daneil departure from India has been arranged by the club as well.

Mohun Bagan will now play in the India Super League next season after merging with the Champions of the 2019-20 ISL season Atletico De Kolkota.