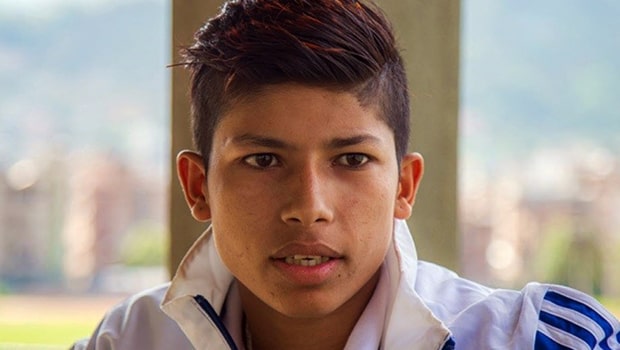 It rained goals at the Bangalore football stadium as Gokulam Kerala emphatically thrashed Kenkre FC by 10-1 in one of the Hero Indian Women’s League games played on Tuesday.

Central to the big scoreline for Gokulam was Nepali Sabitra Bhandari, who scored five goals in the game to give the team the win.

Despite the scoreline, only two other players were able to get their name on the score sheet. While Karishma Shirvoikar got herself a hat-trick, Manisha scored twice.

From the blast of the Whistle, it was very evident which team was going to win as Gokulam Kerala won the first half 7-1.

Bhandari had already scored the hat trick in the first half, although it was an effort from her that led to the opening goal after her shot in the 7th minute was pushed onto the part of Karishma, who scored from the rebound.

The two players were effective all through the game as they both combined on several occasions to torment the visiting side’s defence scoring eight goals in between them.

Soumya Guguloti scored a brilliant individual goal to give Kenkre a consolation goal in the 35th minute.

In other games, defending champion of the Hero Indian Women’s League (IWL) Sethu FC were defeated by two goals to nil (2-0) by Kryphsa FC.

Ratanbala Devi scored a brace, a goal in each half, to give the defending champions an embarrassing result and also restate their desire to replace Sethu FC as champions.

Kryphsa FC have scored in two games, six goals, and are yet to concede.

Kryphsa FC Captain Dangmei Grace, despite getting involved in a nasty collision in the previous game where she was fared to have picked up an injury, came into the game strong and was a thorn in the flesh of the defending champions providing the assist for the opener in the last minute of the first half of the game.