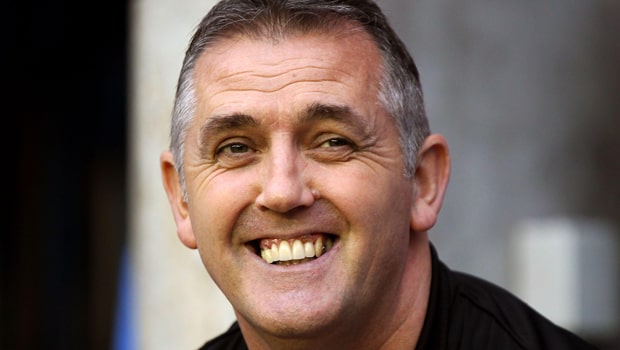 Jamshedpur FC secured a 3-2 win right at the dying moments of the game over NorthEast United. Ishan Pandita stepped up to the cause as he came up with a last minute strike to hand the Men of Steel a very crucial win in their latest Indian Super League match.

The win allowed Jamshedpur FC to jump back up to the third spot, they have played an extra game but are equal on points with Mumbai City and Hyderabad FC. Owen Coyle was visibly proud of the character shown by his team to eke out the victory.

“I’m delighted with the performance and also delighted to get three points. When you consider our last two draws and loss against Chennaiyin, we should’ve won the last three games with some big chances (we had). We certainly (had to) get something from the game if not the win. We made it difficult for ourselves by conceding the late goal but the character of our team (helped us),” Owen Coyle began.

He highlighted how Ishan Pandita and Jordan Murray did their job and helped Jamshedpur FC win in a game where they dominated NorthEast United and deserved all three points.

“Tonight Ishan scored, Jordan scored, so the performance after being one goal down and no argue, Jamshedpur were well (deserved) for the three points tonight,” he added.

Owen Coyle then continues to heap praises on Jordan Murray. He highlighted how the Australian has been in great form and for him, chances will come and go, Murray is way ahead than just being a forward who is there to convert chances.

“Jordan Murray didn’t have to prove, he is a wonderful player, he was probably our best player in pre-season,” Owen Coyle remarked.

“In the last game against Chennaiyin, he was outstanding as well. Of course, he missed one or two chances but that’s the nature of football, particularly as a striker, you have to miss chances and then you score chances,” Coyle explained.

Lastly the Scotsman was delighted with Ishan Pandita’s late inclusion and the way he restored his faith back in him by scoring a crucial goal. “I love the kid, that’s why I brought him. He has such hunger for scoring goals, he’s been angry with himself because of the couple of chances he missed. But I said to him the chances will come and so (will) your goals. he is a natural goalscorer,” Coyle concluded.

Jamshedpur FC will have a great opportunity to continue their winning run as they will face bottom placed SC East Bengal in their next match. Owen Coyle’s first aim has to be to help Jamshedpur FC qualify for their first playoffs. He is well on course in that feat but there are a lot of teams competing for those four spots and a couple of rough games can throw off the entire momentum.