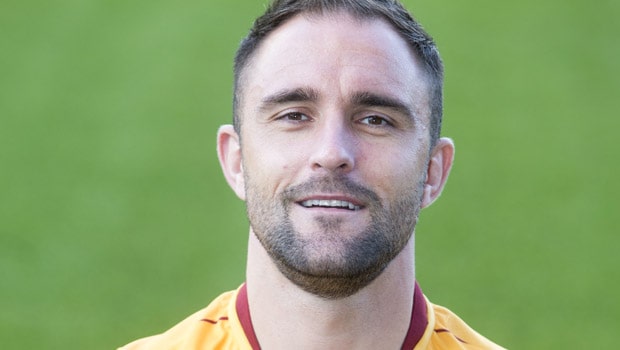 The defender last played in the Scottish Premiership last season for Motherwell as they qualified for the 2020-21 UEFA Europa League season after finishing the 2019-20 Scottish Premier League in third just behind Celtic and Rangers.

The defender had 418 appearances since making his senior team debut back in 2007 scoring 37 goals.

The Sunderland AFC Academy product stated that he never had trouble thinking about playing under the manager Owen Coyle.

“I’m honored to be able to sign for Jamshedpur, a club with ambition to win. I certainly didn’t have to think twice about playing for Owen Coyle, a manager held in high regard. I promise to give 110 percent every single day in order to bring success and silverware to the Jamshedpur supporters. At every club that I have played for, my goal has always been to add glory to my jersey number till the day I depart.” Hartley said on Times of India.

He has been assigned the number 29 jersey ahead of the new 2020-2021 India Super League season which will be played behind closed doors in Goa.

His first taste of senior team football came in 2007 against Leicester City in the Premier League for Roy Keane’s Sunderland.

Meanwhile, the All India Football Federation has stated that Relegation and Promotion will be a part of the India Super League from the 2024-2025 season.

According to the All India Football Federation General Secretary Kushal Das on Saturday, the winners of the I-league will be allocated direct slots into the ISL in 2022 and 2023 before bottom-placed teams in the ISL drop into the I-League from 2024 season as agreed by all stakeholders.