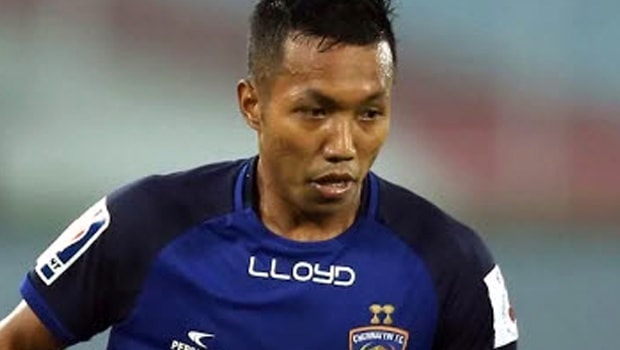 The full-back played eleven games for Chennaiyin last season as they finished fourth in the league standings while they got to the final of the ISL playoffs only to be bested by Atletico De Kolkota.

Laldinliana Renthlei who had his youth career with Chhinga Veng FC got promoted to the first team in 2017 and was voted the best defender of the Mizoram Premier League (MPL) which he won with his team.

A loan deal to I-League side Aizawl FC was next for the 2017-2018 season making 24 appearances in the process and even playing on the continent in the AFC Champions League qualifiers against Iranian club Zob Ahan.

It was after that campaign in 2018 that he moved into the India Super League with Chennaiyin FC and in two seasons he has a total of 22 appearances under his belt.

Under manager Owen Coyle, his place in the team wasn’t consistent as he moved in and out of the starting 11, but he did enough to play in the final and semi-final of the India Super League playoffs.

Despite the fact that the All Indian Football Federation has adopted to use AFC’s 3+1 foreigners rule, India Super League clubs will be exempted until the 2021-2022 season before it takes effect while the I-League will adopt it immediately the 2020-2021 season starts.

However, the start of the new season is still relatively unknown as the coronavirus pandemic is still very much around, but the AFC has taken a big step by revealing provisional dates for AFC’s 2022 FIFA World Cup qualifiers.