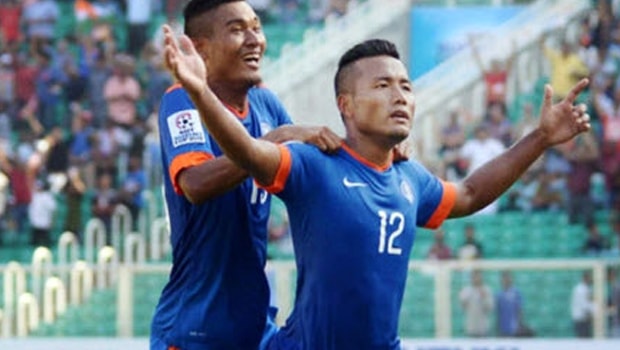 India women’s football star, Bala Devi as well Blue Tigers international Jeje Lalpekhlua have both been included in the list for the Arjuna award by the All India Football Federation (AIFF).

He joins the duo of Sandesh Jhingan and Bala Devi on the list. Jeje has made 56 appearances for the India national football team scoring 23 goals after making the senior national team debut in a match against Chinese Taipei at the AFC Challenge Cup qualifying in 2012.

He is no stranger to awards after he was awarded the Best Young Player at the Football Players Association of India’s (FPAI) Indian Football Awards in 2011. He also was named as the Indian Player of the Year title in 2016.

His reputation as a goalscorer is no fluke as he is the player with the second-highest goal scored by an Indian in the India Super League (ISL). In 2013, he was The All India Football Federation Emerging Player winner.

Jeje won the Emerging Player of the Year in ISL award in 2015, a year in which he won the first of his two India Super League with Chennaiyin FC and as well as 2018 with the same team.

This will be the third time the player will be nominated after being nominated in 2017 as well as 2019, which were won by Bem Bem Devi and Gurpreet Singh Sandhu respectively.

The 21-year-old is one of the few players who have won the I-League and Indian Super League consecutively.

He has featured for teams like Pune City from 2008 to 2013, Dempo FC, and three different spells at Mohun Bagan.