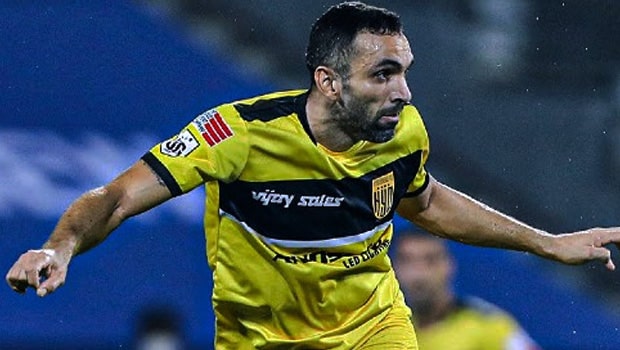 Indian Super League side Hyderabad FC have unveiled their captains for the upcoming season. They have selected Brazilian midfielder Joao Victor, Indian experienced goalkeeper Laxmikannt Kattimani and Nigerian forward Bartholomew Ogbeche as part of the leadership club. It will mostly be Joao Victor who will lead the Nizams in this upcoming season.

“We had a really good captain in Aridane Santana last season and it is now my turn. But this will not change who I am and I will still be the same teammate,” said the 33-year-old.

Joao Victor joined the club last season and has developed into a vital player for the Nizams under the tutelage of Manolo Marquez. They finished fifth in the Indian Super League last season. After his consistent performances, he was offered a two-year extension keeping him at the club till the end of 2023.

The Brazilian midfielder recently opined how leadership is a lot more than wearing the armband. “Taking this role is about being a leader every day. It is all about how you respect players and how they respect you. They should feel that there is someone to help them no matter what,” Joao said.

“Even last season, I think I was there supporting the youngsters and the whole team and this season as well, I will try my best to make them comfortable, to give them confidence but also push them when needed,” he added.

In Victor’s absence on the field, Kattimani or Ogbeche will sport the armband and lead Hyderabad FC in their current ISL season. The leadership group will form a part an important part of the team going into the upcoming season.

Manolo Marquez’s men will be looking to clinch a place in the ISL playoffs this season. The Nizams will kick off their season against southern neighbours Chennaiyin FC on November 23 at the Athletic Stadium in Bambolim. The league will be once again conducted in Goa behind closed doors as teams are once again in bio bubbles gearing up for the exciting clashes this season. The new ISL season is all set to start from 19th November as Kerala Blasters will take on ATK Mohun Bagan in the curtain-raiser.