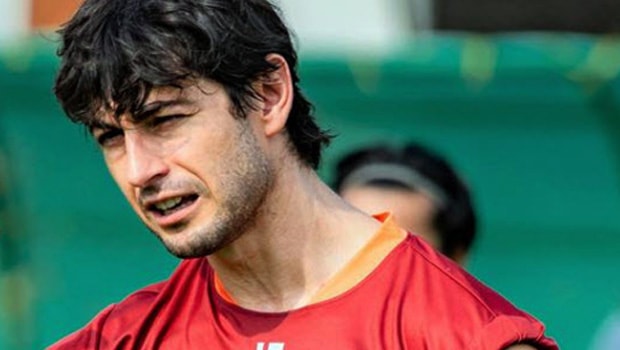 Goa FC coach Juan Ferrando has attributed Wednesday’s 1-0 loss to Goa FC to the Red card his team had in the game.

The Spanish coach stated that his team was doing well and on course for a victory before Redeem Tlang was sent off.

Tlang got his marching orders with five minutes left in the first half of the game, and his dismissal helped Mumbai City push his team backward.

“It is 11 fantastic players from Mumbai against 10 players who were working hard. I can change the plan to B or C, but with 10 players it was always difficult. The most important thing for us was to control the pace. Therefore, it is difficult to play in the normal positions in attack. It is a difficult situation to play against a good team. Before the red card, it was beautiful. Two teams tried to play football, to build the game. After we moved to Plan B, it was effective for 25 minutes or so.” Ferrando said.

Mumbai City won the game with a late penalty from Adam Le Fondre, who scored after Lenny Rodrigues held the ball in the box in stoppage time.

Despite the defeat, Ferrando explained that the team’s focus is on the upcoming game against NorthEast United.

The former Volos coach explained that the team’s mentality is always three points, and the team will continue to work hard to get the desired results.

Two first-half goals, one from Sergio Cidoncha in the 5th minute and another from Gary Hooper just before half time put them in a comfortable lead going into the break.

Ghanaian striker Kwesi Appiah pulled one back for NorthEast United in the 51st minute, he could have equalized in the 66th minute from the spot, but he failed to put the ball in the back of the net.

Substitute Idrissa Sylla scored the equalizer in the final minute of the game.