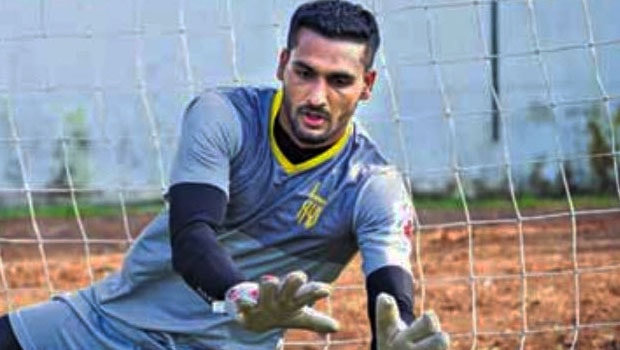 Indian Super League club Odisha FC are planning to swoop for Hyderabad goalkeeper Kamaljit Singh for the 2020/2021 season of the India Super League.

Kamaljit Singh featured for Hyderabad in a dozen of games letting in a total of 26 goals across the last season as Hyderabad endured a torrid where they ended the season in the 10th position with a meagre ten points from 18 games.

The goalkeeper started his senior career with sporting Goa in 2014, but despite being at the club for two years, he failed to make an appearance for the team.

He then moved to Minerva Punjab where he spent just months making a move from the I-league to the India Super League with Pune City playing 17 games although across two seasons.

The fold-up of Pune City meant movement for Kamaljit Singh, and he joined Hyderabad but numbers from last season suggest that the team was poor defensively having conceded 39 games.

Moving to Odisha may help the 24-year-old, but he won’t have the competition easy as the team has Arshdeep Singh and also brought in former Mumbai City goalkeeper Ravi Kumar.

This will mean that, Coincidentally, all three goalkeepers that Odisha will parade next season have featured for Minerva Punjab previously at a point or the other.

While, Hyderabad ended last season at the end of the table with one of the worst statistics in the India Super League, conceding the highest number of goals of any team in the league, Odisha, on the other hand, missed the playoffs.

The team finished sixth with 25 points from 18 games conceding 31 goals while scoring just 28. The team was four points behind the last playoff spot occupied by Chennaiyin although Mumbai City was in 5th with 26 points, one more than Odisha, three less than Chennaiyin.