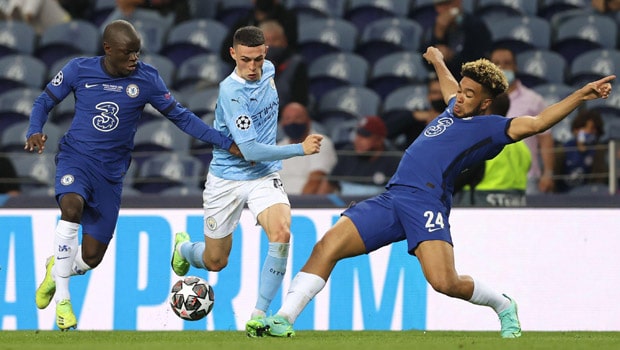 Chelsea skipper Cesar Azpilicueta has rated N’golo Kante as the best midfielder in the world. The Blues skipper was full of praise for the 30-year old French footballer after Chelsea lifted their second UEFA Champions League title by defeating Manchester City by 1-0 in the final at the Estádio do Dragão, Portugal on Sunday.

Kai Havertz scored in the 42nd minute for Chelsea as Thomas Tuchel’s team dominated City throughout the whole game. Chelsea made some fine attacks in the first half and then their defence was spot on in the second half to keep their lead.

Kante once again had an all-round match as he helped his team in creating chances. Furthermore, the Frenchman was equally brilliant in the mid-field and showed why he is regarded as one of the best midfielders of the current era. After his brilliant performance in the UCL final, Kante was also awarded the Player of the match.

“It’s straightforward, yes [he is the best in the world],” Azpilicueta said. “He does everything. The energy he brings, I don’t know how many ball recoveries he had today. The way he drives the ball forward, he covers so much ground.

“It is special to have him. Of course, when we don’t have him we miss him. After winning the World Cup and now Champions League, he is still so humble as a person.

“I am so happy for him, he is a massive part of this team and I am very happy to have him next to me for a few years.”

Meanwhile, Kante has now won the World Cup, Champions League, Premier League and Europa league title in his glorious career. There is no doubt that Manchester City were slight favourites in the big final but Chelsea were the better team on the day as they created more chances despite having less possession than the opposition.