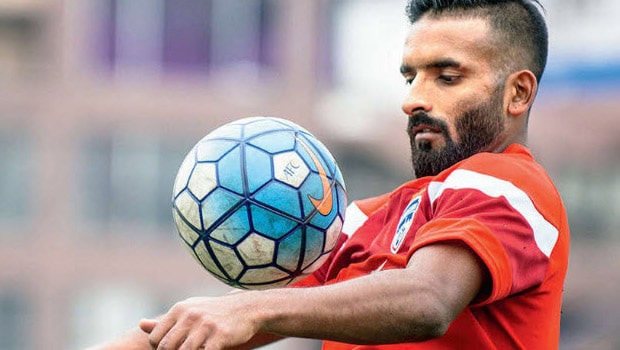 The Indian Super League sides have already started bringing in reinforcements for the upcoming season. Kerala Blasters, who are always known to be super active in the transfer window,  have made a big swoop for Harmanjot Singh Khabra, according to reports of Khel Now.

The versatile defender can be a great addition to the team mainly because of his ability to play in different positions in defence and midfield with aplomb. According to the reports, the player has signed a multi-year deal with the Yellow Army. The report suggests that the 32-year-old had several offers from ISL clubs but the glitz and glamour of playing for the Yellow Army and especially in front of their ecstatic fans forced him to accept the offer tabled by the club.

Originally a TATA Football Academy graduate, Khabra got his first break when he joined Sporting Club de Goa in the I-League. His performances there impressed East Bengal and he joined the Red and Golds in 2009. The Punjabi defender made a big name for himself while plying his trade for the Red and Golds and soon had suitors from ISL clubs like Chennaiyin FC, and together they went on to win the much coveted Indian Super League in 2015. He then joined Bengaluru FC in 2016 and there also he was a silent performer who may not be exceptional but he always maintained his consistency.

He won the Federation Cup with the Blues in 2017 and then in the following season he bagged the Super Cup. But it was only in 2019 when Khabra could claim himself an ISL winner as he guided Carles Cuadrat’s men to clinch the elusive silverware.

Even in the last season which did not go as per plan for the Blues, Khabra featured in 16 matches and clocked 1416 minutes. He also drilled in three assists to his credit as his ability to run down the channels and pick out teammates in the penalty area became his primary weapon.

If the 32-year old joins Kerala Blasters, he can be the glue that will keep the team together in good and bad times. Khabra also walks in with loads of experience and knows what it takes to play in big matches.

If things materialize then Khabra can be a great addition to the team as Kerala Blasters look to strengthen their roster after a disappointing last season.