Kerala Blasters clear the air on Samir Nasri as rumors 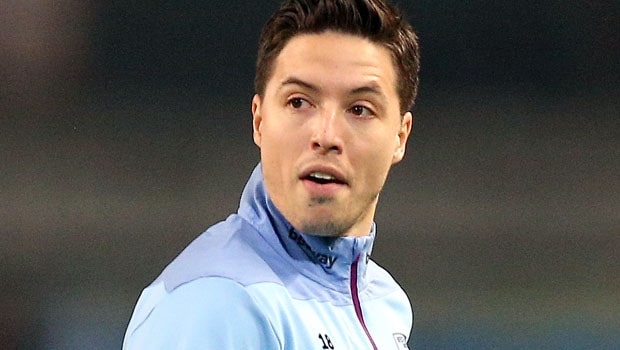 The Kochi outfit is considered as one of India’s most supported team, although the team had a below par 2019-20 season, finishing 7th on the log with 19 points from 18 games.

Thus, the team were expected to do some team building with Kibu Vicuna appointed as head coach to oversee a positive change next season and the ex-Manchester City player, Nasri has been linked with a move to India.

However, Samir Nasri currently is with belgian club Anderlecht and a Belgian publication had reported that he could be moving to asia but a source of the team has confirmed that the move is not anywhere close.

“As of now, from our end, there is no communication,” a club source was quoted on Sportskeeda.

The French player who used to play for some of Europe’s elite clubsides but now turns out for Belgian top flight club side, Anderlecht.

He started out with French side Marseille in 2004 playing 121 games in four years before moving to Arsenal in the English Premier League in 2008 where he was till 2011 playing over 80 games.

Manchester City came calling in 2011 and he won the English Premier League title twice before leaving the Citizens in 2017 playing 127 games for the side.

Since then he has been more or less a journeyman first going to Spanish side Sevilla on loan before joining Turkish side Antalyaspor and later on West Ham United before making a move to Anderlecht in 2019.

The player got into issues with his current employers recently and it may be one of the fuels to the rumors.