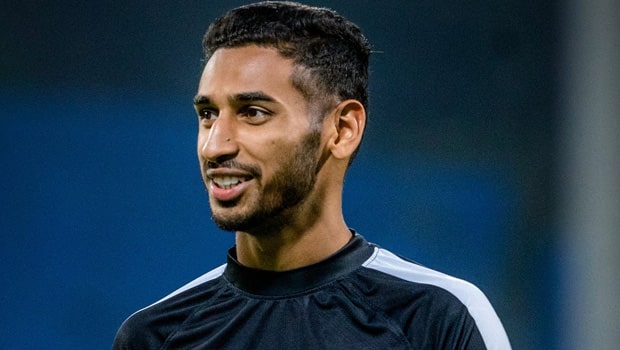 Kerala Blasters continued to hold onto their star performers from last season as they extended terms with young custodian Prabhsukhan Singh Gill. The youngster has signed the extension that will keep him at the club until 2024 after his sensational performances in the last season as he guided Kerala Blasters to the finals.

The 21-year-old, who was considered the second choice goalkeeper for the Blasters last season, won the Golden Glove when Albino Gomes got injured and he had to step up. That is exactly what he did with some sensational saves and excellent composure to play the ball out from the back. He featured in 20 matches and ended the season with 47 saves, thus helping the Blasters glide their way through to the finals.

Gill started his career back at the Chandigarh Football Academy in 2014 and later joined the AIFF Elite Academy before impressing everyone and getting picked in the Indian U-17 team for the FIFA U-17 World Cup. Although he did not get a game, he had proven his worth for the Indian Arrows after the global event.

The youngster honed his skills in the I-League for the Indian Arrows and was picked up by Bengaluru FC in 2019. He only featured in two matches as they already have someone like Gurpreet Singh Sandhu.

Therefore in search of more gametime, he shifted to Kerala Blasters and made his debut for them in the Durand Cup. He made his ISL debut against Odisha FC in December last year. The youngster finished the league stage with seven clean sheets from 17 matches and then also featured in the playoffs and finals and was one of the most important players in Ivan Vukomanovic’s system.

Kerala Blasters have already announced the extension of Marko Leskovic, Jeakson Singh, and Bijoy Varghese whereas star midfielder Adrian Luna has already signed a contract and will be there with the Blasters.

The young custodian was delighted after signing an extension for a couple of more years and feels that he will only get better in this time. “I’m indeed honoured to extend the contract with this great club. The previous season was one of its kind. I believe the next two years with this club will be just great and enriching! I look forward to the next two years, two years of games, glories, and battles! I have yet a lot more to learn and achieve and I look forward to it,” Gill said with a smile.

“I would like to congratulate Gill on his performance last season and a well-deserved extension. He was patient for a long time and after he got a chance, he showed how good a competitor and how much of a quality player he is. I’m happy that we will continue together.” said Karolis Skinkys, Sporting Director, KBFC.