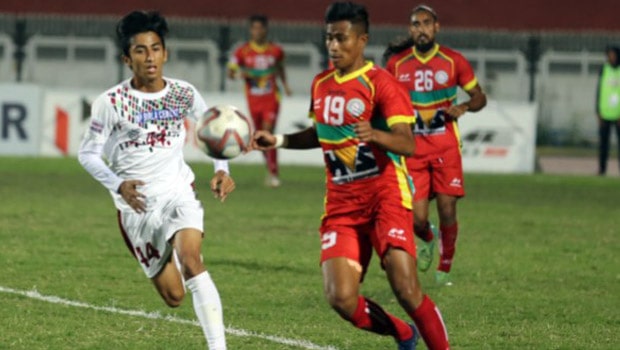 Yendrembam Denechandra Meitei played for TRAU FC last season, as he featured 12 times for the club in the I-League.

The player shared his excitement on the move, which he says is a dream come true; he also revealed that he is looking forward to the next season with the team.

“It has always been a dream to be a part of a prestigious league like the ISL and I am looking forward to playing in the upcoming season with Kerala Blasters. I hope to contribute to the success of the team with the best of my abilities. The club has a great fan base that is well renowned across the country and I am very excited to play for them.” said Denechandra MeiteI.

Sporting Director of Kerala Blasters Karolis Skinkys said the club is also happy to have the player of such talent and skill join the squad. He also stated his hope of seeing the player do his best in helping the team move forward while staying motivated and ready for the new season.

The highest goal scorer in the Tripura league stated that he would give his best to the team anytime he is called on.

“It is a pleasure to play for Gokulam Kerala FC. The club has given hope for several players like me. I will give my best and my ambition is to start every game in I League. I know most of the Kerala players in Gokulam and it is like a home for me,” he said.