Kibu Vicuna To Be Appointed As Kerala Blasters Head Coach 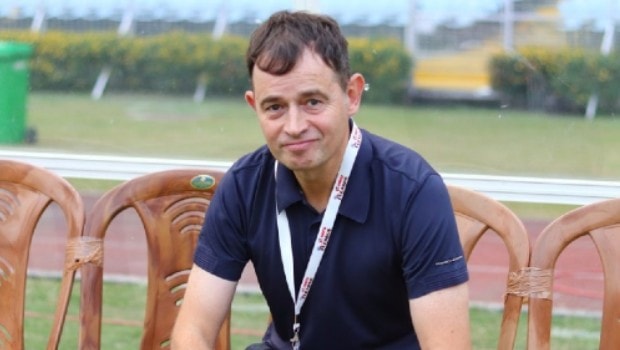 Kubi Vicuna had won the 2019/2020 I-League season with four rounds of matches with Mohun Bagan.

Kerala Blasters finished 7th in the Indian Super League with 19 points from 18 games, a whooping 20 points away from the top team, Goa FC.

However, it was Atletico De Kolkota who finished second in the regular season that won the India Super League from the playoffs after beating Chennaiyin in the final.

Kibu, who was born Spanish but holds a Polish citizenship, when appointed will take along his backroom staff including assistant coach Tomasz Tchorz and a Lithuanian physical trainer.

According to reports from the media the manager has given the club’s hierarchy a list of his preferred players he wants for transfer.

Kibu, 48-year old, began his managerial journey with Osasuna where he was a youth team coach. He then coached Wisla Plock club in Poland.

He was appointed as the coach of Mohun Bagan in June 2019 and successfully led to a second I-League victory.

His win rate at 66.67% is impressive from 36 games that he oversaw with Mohun Bagan with 24 wins five draws and just 7 losses.

Mohun Bagan’s deal with Atletico De Kolkota which will make the I-League club merge with ATK to form ATK-Mohun Bagan means that Kibu will be without a job for next season.

Kibu Vicuna after his title win with Mohun Bagan disclosed that he would take things a step at a time and he will make a decision as he is happy to be in India hence he would discuss with members of his family before deciding on his next move.

He added humbly that he could be a part of those who can help develop football in India.