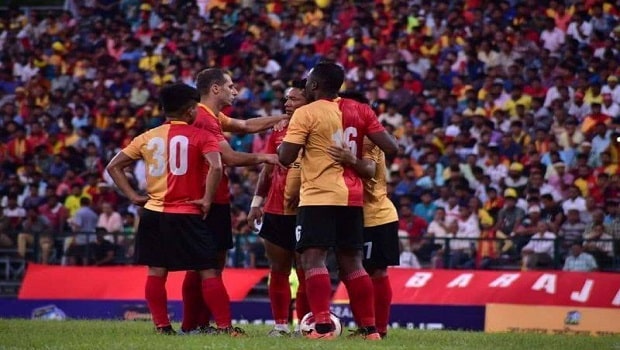 Indian League derby, which is supposed to take place in Kolkata this weekend on the 22nd of December 18, 2019, at the Salt Lake Stadium has been postponed due to security concerns, according to the All Indian Football Federation.

The confirmation was made on Wednesday for the tie between East Bengal and Mohun Bagan after the administrators stated that the police authorities didn’t give assurance to provide adequate hands for the derby that will attract spectators.

Inability to get full support of the police authorities is said to be in relation to the political unrest involving the amendment act with the police providing a letter to back the reasons for the inability to provide security personnel.

The Commissioner of Police revealed that the task of policing the Hero
I-League on Sunday will be extremely challenging not only for the police but for all stakeholders involved, as cited in a statement by the police.

Commissioner of Police, Bidhannagar, also in the letter revealed that the other alternative which would have been safer and more feasible was to reduce the number of tickets sold out to fans by Mohun Bagan, the home side in the tie.

However, the All India Football Federation declined the proposal to restrict the sales of tickets, especially considering the fact that the match is a big and famous derby amongst fans while Debashis Dutta, the director of Mohun Bagan, stated restricting ticket sales will be denying fans the opportunity to see their teams play.

Meanwhile, the All India Football Federation did not disclose a new date but stated that when one is picked, it will be communicated to the fans.

On the Hero I-League standing, both teams are top of the log with East Bengal topping with eight points from four games winning two and drawing the other two as they are yet to lose. Mohun Bagan are just one point behind having won two, drawn one and one loss.