Laldinliana Renthlei Signs For Jamshedpur FC on a three-year deal 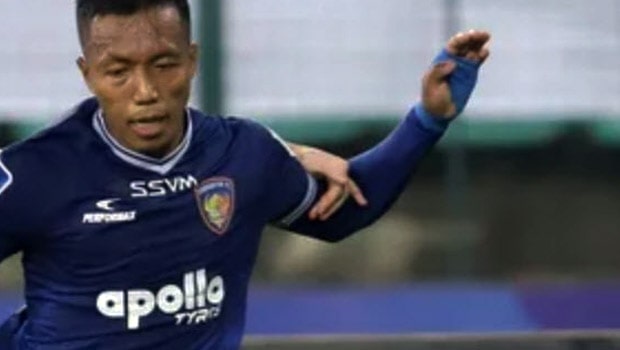 The player was with Chennaiyin FC last year, playing under head coach Owen Coyle as the team got to the final of the India Super League playoffs as well as the All India Football Federation Super Cup.

On Thursday, his announcement was made on the club’s social media handle while the 22-year-old was enthusiastic about playing under Owen Coyle once again.

“It’s a privilege to have signed for a club like Jamshedpur, which has all the avenues conducive for a player like me to exhibit my true potential. This move is a perfect fit, especially with Owen Coyle at the helm. I had a great outing with him last year, and I am hungry to perform. I am excited at the prospect of bringing the deserving fans of Jamshedpur much-awaited and coveted silverware in the ISL.” Laldinliana Renthlei was quoted saying.

Despite starting his game at Chhinga Veng in 2017, he later had his big break at Aizawl FC, where he was on loan in the 2017-18 I-League season.

According to Jamshedpur FC Head Coach Owen Coyle, the defender fits perfectly in terms of all he wants in a full back. He also stated that the player would be important for the national team as well as the club in the coming years.

Jamshedpur finished 8th on the India Super League table with 18 points from 18 matches, but with Owen Coyle in charge after leading Chennaiyin FC to the ISL playoffs, it is expected that the team will challenge for the ISL Playoffs spot.