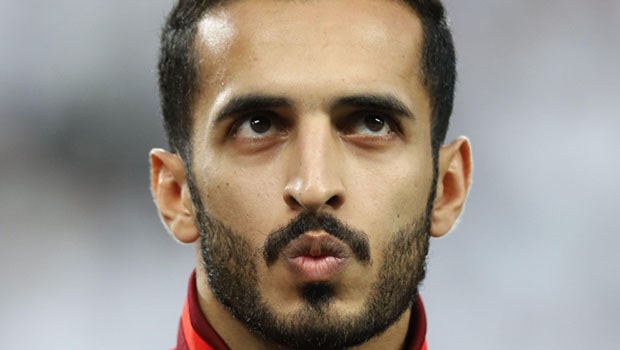 After a decent result against Oman in the first friendly encounter India fell flat as they faced humiliation against the United Arab Emirates after losing 6-0 in their second and final match. Van Bert Marwijk’s men were too good for the Blue Tigers as they outplayed them throughout the ninety minutes.

It now becomes the heaviest defeat for India against the Gulf nation and to add to that misery the Blue Tigers did not even take a shot on target in one of the drabbest displays for the Indian team in recent times. Al Abyad star striker Ali Mabkhout opened the scoring with a brilliant chipped finish to leave Gurpreet Singh Sandhu stranded out of his line. He then followed it up with another goal this time from the spot-kick and UAE led 2-0 at the breather.

The onslaught started again at the hour mark as Mabkhout completed his hattrick and then players like Fabio de Lima, Khalil Ibrahim and lastly Lucas Tagliabue added a goal each to pile up the misery on the Indian team.

The Gulf nations were simply better in all aspects starting from their physical prowess to their technical prowess. They did not allow India to move the ball around and even mentally the Blue Tigers were not in a great place as they crumbled under pressure and failed to string 2-3 passes in succession. Igor Stimac’s men did not create any worthwhile chances to trouble the UAE defenders as it was a complete listless performance.

Stimac decided to hand opportunities to players who have not featured in the Oman game and therefore he fielded a team with Adil Khan and Mashoor Shareef at the heart of the defence. Defensive mainstay Sandesh Jhingan’s absence cost India dearly. He also handed Liston Colaco his national team debut and the Hyderabad FC winger had a pretty poor outing. Even substitute Ishan Pandita also failed to make his presence felt as he hardly had a few touches of the ball.

India’s only noteworthy move came before half time break when Liston’s in behind pass found Manvir Singh on the run but the subsequent shot was cleared away by UAE’s onrushing goalkeeper, Ali Khasif.

However, this defeat will hopefully act as a wake-up call for the Croatian tactician as Indian needs to perform to their level at the joint qualification round of the FIFA 2022 World Cup and 2023 Asian Cup to be played in June.