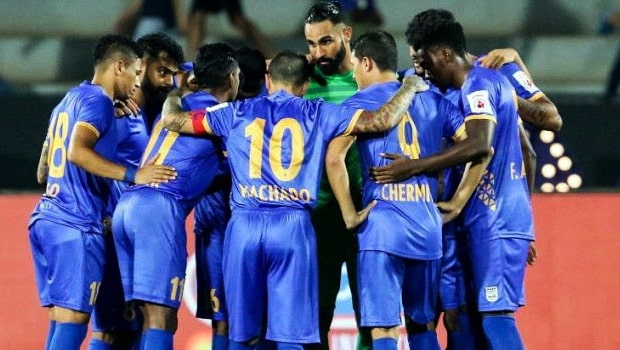 The announcement was made at a press conference by Nita Ambani, the founder and chairperson of Football Sports Development Limited (FSDL) and Reliance Foundation.

“Today we welcome a global football powerhouse to India, to Indian Super League and Indian football. I am delighted and proud to announce that the City Football Group has acquired a majority stake in Mumbai City FC,” said Ambani.

“For the first time ever, a European club will be acquiring majority stake in an Indian club,” added Ambani.

Mumbai City were previously co-owned by Bollywood superstar Ranbir Kapoor and Chartered Accountant Bimal Parekh. The duo bought the Club in 2014 at a reported price of INR 15 Crore.

But now, CFG will become the 65 per cent majority stakeholder of the club with actor Ranbir Kapoor and Bimal Parekh keeping the remaining 35 per cent.

Manchester City also shared the news through their Twitter handle and mentioned that CFG are delighted to welcome the ISL Club into its “family of clubs.”

City Football Group is delighted to welcome Mumbai City FC to its family of clubs.

“City Football Group (CFG) has agreed a deal to acquire a majority stake in its eighth club, Mumbai City FC in the Indian Super League, marking a major move into Indian football,” the group said in a statement.

This is great news for the club and Indian football as a whole. India has been making rapid strides in the development of the game ever since the inception of the ISL. And it was bound to attract external interest considering the kind of buzz it had created over the years. The City Group’s arrival will definitely strengthen the resources of the club, improve the quality of the players playing in the league and also development of their grassroot level program.

City Group may be the first European Giant to enter the Indian football market but it surely won’t be the last. Their investment here will also intimidate other giants to think about making their way into the Indian market.