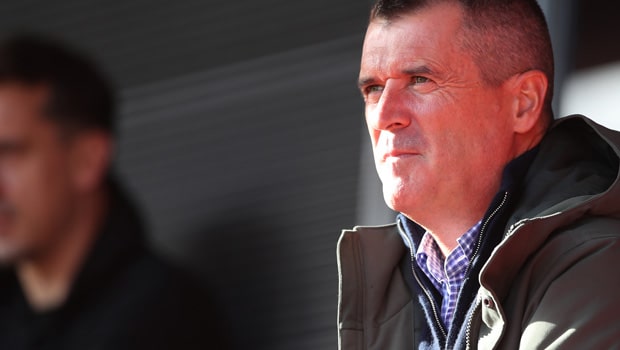 Former Manchester United skipper Roy Keane has predicted that the team could struggle to finish among the top four teams in the ongoing English Premier League 2020-21. Though it is early days to predict something like this as Man United have only only played six games, Keane doesn’t see a lot of promise from the Red Devils.

Ole Gunnar Solskjaer’s team has had a horrid start to the season as they have won only two matches out of the six they have played. One match has ended in a draw whereas United have already faced three defeats. Thus, the team is languishing at 15th place in the points table.

Keane, who won 17 major trophies with Manchester United, doesn’t see the hunger in the players to go all the way in the season. Manchester United suffered a 1-0 loss against Arsenal at home and it was the visitors first win at Old Trafford after a gap of 14 years.

One will think that there is no need to hit the panic buttons as it is a fresh start of the new season but Keane reckons the team should be panicking after their paltry performance so far.

“Ole Gunnar Solskjaer talks about the players, we forgive players for most things, making mistakes or having an off day. But when you listen to a manager and he’s talking about, ‘we didn’t start well’ and ‘enthusiasm’, I scratch my head at players who don’t have enthusiasm for a game of football”.

Keane added he didn’t hope that the Red Devils will be challenging potent teams like Liverpool and Manchester City but they don’t show the promise to even finish among the top four teams of the league.

“I never thought for one minute they’ll be challenging Liverpool and Man City but the way they’ve started this, the top four even seems out of reach”.

Manchester United will look to turn the tables when they next face fourth-placed Everton on Saturday at Goodison Park.