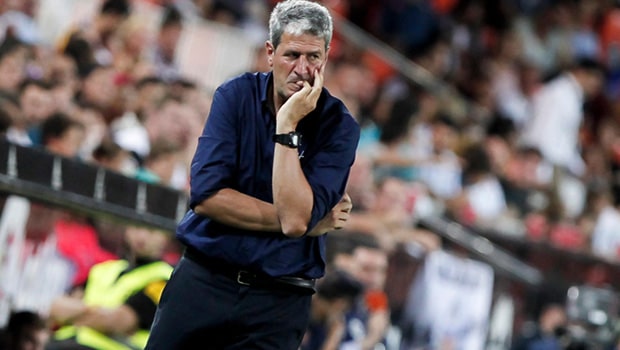 Hyderabad FC played out a 1-1 draw against Jamshedpur FC in their recent Indian Super League clash. The Men of Steel got the lead when Greg Stewart scored a great goal from outside the box. The Scotsman was exceptional in the first half. However, Hyderabad FC were not behind for long as Bartholomew Ogbeche came up with a brilliant solo goal to restore parity for the Nizams. Both teams got many chances to seal all three points but they failed to take their chances.

Hyderabad FC head coach Manolo Marquez Roca was not happy with his team’s first half performance against Jamshedpur FC. When asked whether Edu Garcia’s inclusion would have helped them create more chances, Marquez said, “No. I think that we cannot say anything about any player because this is a competition where you play every 4-5 days.

“There is always a possibility of players getting injured. When you play every game in 2-3 days, you can see there are injured players every day.”

Hyderabad FC have struggled for consistency in their first three matches of the new ISL season. After losing their first game, they defeated the reigning champions in their second match. But failed to keep up the winning momentum against Jamshedpur FC as they could only manage a 1-1 draw. The Spaniard felt that his team were pretty below par in the first half and credited Jamshedpur for showing up in the first forty five minutes.

Manolo Marquez said, “Yes, I have told this in every press conference, I am angry with the first half today. All the credits to Jamshedpur, but since I have been the coach in Hyderabad, I think today was the worst forty minutes by the team.

“Second half I think that the team was more like Hyderabad FC. We attacked more through the wings and finally we could equalize,” the tactician added.

Hyderabad FC’s young foreign striker, Javier Siverio has impressed everyone with his cameo appearances for the Nizams this season. He once again came on from the bench against Jamshedpur but could not get the decisive goal to hand them all three points. However, when asked about the 24-year-old Spaniard, Marquez said, “Yes, he deserves to play more minutes, it’s true. But, he is very young, he will wait for his moment and I am sure he will score a lot of goals. He has scored goals all his life. For sure, he will play early in the starters.”