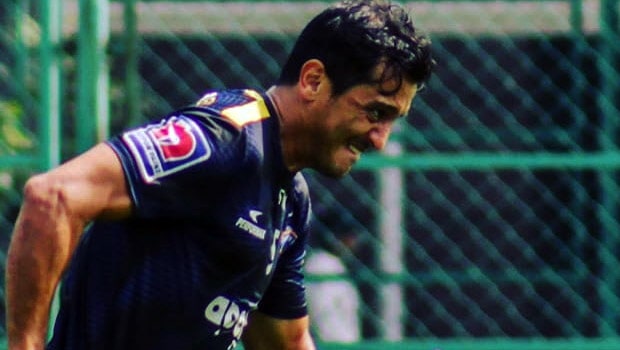 The defender has experience playing on Indian soil having played for Chennaiyin FC and Aizawl FC, but Owen Coyle’s team are close to his signature.

Masih Saighani played in the final of the India Super League last seasoning featuring for Chennaiyin FC in their loss to Atletico De Kolkota.

Before the expiration of his contract with Chennaiyin FC, Masih Saighani had a dozen appearances for the team last season.

He is expected to join his former boss Owen Coyle at Jamshedpur FC where the club is trying to make a statement in the league season with better final standing than they have in their three years of existence.

Meanwhile, forward Nerijus Valskis and defender Laldinliana Renthlei have both joined all Jamshedpur for an opportunity to play under Owen Coyle again.

To better their 18 points total last season which resulted in their final standing of 8th, the Jamshedpur side has also made a statement signing with the signing of English and former Motherwell skipper Peter Hartley on a one-year deal.

The player spoke of his admiration for the English manager’s reputation back in the UK, which was a big influence on his decision to move to Jamshedpur.

“The manager has a fantastic reputation in both England and Scotland. Having played against his teams in both countries, they fight until the very end no matter what is the outcome, It’s an attitude I’ve seen he can easily instill on his team and it is something I want to be a part of.” Peter Hartley was quoted saying.

The new India Super League season is expected for a late November start in Goa behind closed doors with East Bengal likely to be a late addition to the number of participating teams after securing an investor recently.