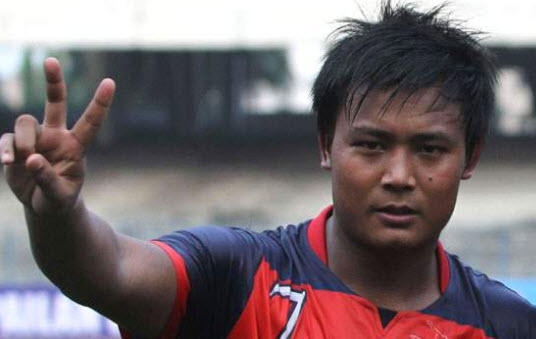 Oinam Milan Singh, who has played for various Indian Super League teams since the inaugural edition of the league, has agreed upon a 2-year deal with his former club East Bengal FC.

What is his specialty?

Singh has mainly thrived in a defensive midfield role over the years and his strength lies in passing and intercepting. He played for NorthEast United FC in the 2019/20 season of the ISL and made 33 tackles and 19 clearances along with achieving 73% overall passing accuracy. That’s just not all about him as he has the ability to find the back of the net when required as well. Singh has netted a total of 14 goals in 158 ISL and I-League games combined.

How is his arrival going to benefit East Bengal?

The Kolkata-based club hasn’t had the best of times in the I-League in the last few seasons. Despite being one of the top clubs in the league, the title has eluded them for quite a while now. They have mainly struggled to find a good midfielder who can act as a cohesive force between defence and attack. Milan Singh seems like a perfect player to fill that void as he has immense experience in that role and has the necessary skills as well.

His journey so far….

Milan Singh joined the East Bengal youth setup after having his initial training at the esteemed Tata Football Academy. He graduated from there and went on to join the Pailan Arrows in the 2010-11 season of the I-League.

Our wishes go out to @NEUtdFC's Milan Singh, who celebrates his 28th birthday today! 🥳🎂#HeroISL pic.twitter.com/1LvKj9ZE7a

His next stop was Shillong Lajong which included a loan-spell with NorthEast United FC as well during the inaugural ISL season. His stint there didn’t last long as he moved on to play with DSK Shivajians next and his stint with them included another short loan spell with Delhi Dynamos, another ISL club, during the second season of the tournament.

It took some time for Singh to gain recognition among the Indian players. 2017 turned out to be a breakthrough year for him as he not only earned a permanent contract with an ISL club but also went on to make his national team debut. Kerala Blasters was the first ISL club that hired him on a permanent contract and a stint with Mumbai City FC followed next year as well. He went on to play for NorthEast United FC thereafter before making a comeback to East Bengal FC once again.