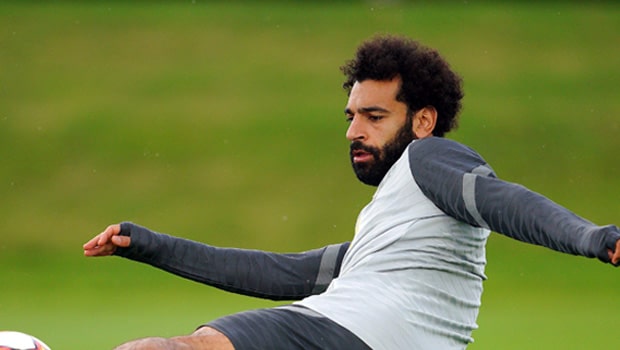 Liverpool legend Ian Rush has rated the team’s forward Mohamed Salah as the best player in the world. Rush even put Salah ahead of Manchester United star Cristiano Ronaldo and PSG Saint-Germain talisman Lionel Messi. Salah has been in fine form and he has delivered for the Reds in the last couple of seasons.

The Egyptian scored a brilliant goal against Manchester City at Anfield two weeks ago as he went past four of the opposition defenders and showed his magic. Salah also provided an assist to Mane in the same match as the score ended in a 2-2 draw.

“I’ve said this before, right, at the present moment, on current form, Mo Salah is the best player in the world! Cristiano Ronaldo has gone to Manchester United and yes, he is doing OK. Lionel Messi has gone to Paris Saint-Germain and it has taken a bit of time to settle in but Salah has taken it to a different level,” Rush told Liverpool ECHO.

Meanwhile, Salah still has two years left in his Liverpool contract and there have been talks of the new deal. However, at the same time, there are some speculations that he could move to Spain. Rush is hopeful that Salah will stay at Liverpool as the fans absolutely love him in the Reds.

“I think you have to think about everything. At the end of the day, every club in the world would want Mo Salah. I know that he would love to stay at Liverpool. There aren’t any supporters who will love Mo Salah more than Liverpool supporters, there’s no doubt about that.”

“It’s a difficult situation. I know Jurgen Klopp loves him and all that, so you’ve just got to wait and see. But if you’re Mo Salah, you just carry on scoring goals. I know how the structure works with Liverpool, so I think hopefully everything is in agreement and both parties are happy.”

Rush also revealed that Salah told him he wants to be the best in the world and works hard for the same. The Liverpool legend added Salah is a perfect team player.

“I spoke to Mo last season and he told me he wants to be the best in the world. Look at the one he made for Sadio Mane against Manchester City, they are playing as a team and Mo knows what it takes. Of course, he has scored great goals and he was the fastest to 100 goals, that is all great. Fantastic. But he is playing for the team as well.”

Liverpool will next face Watford on Saturday at Vicarage Road.