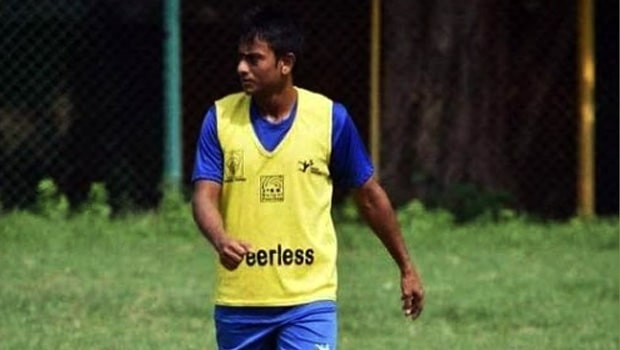 Newly promoted I-League side Mohammedan Sporting Club has added midfielder Avinabo Bag to its team ahead of the 2020-2021 I-League season.

Avinabo Bag was previously with Bhawanipore FC last season even playing for the team in the I-League qualifiers which was recently concluded.

The 31-year-old’s move was announced on the club’s social media page on Tuesday.

Bag may have failed to help Bhawanipore get promoted, but he sure does have the India Super League experience that may come in handy for Mohammedan Sporting Club. He featured for the then runners-up Kerala Blasters in the inaugural season.

Mohammedan SC will be led by former Minerva Punjab coach and Spaniard Jose Hevia as their head coach going into the I-League.

Mohammedan are returning to the top flight for the first time since their last appearance seven years ago, and the club’s General Secretary Wasim Akram explained that the return is a big deal to the club.

“It means a lot (to be back in the I-League). After seven years and 11 months, we have finally made it there. The I-League is a platform where we should have been forever, but due to some reasons, we couldn’t be a part of it.” Wasim Akram said.

The 2019-20 I-League season wasn’t completed due to the coronavirus pandemic, but Mohun-Bagan was named the Champions irrespective.

The 2020-2021 I-League season will be without the Kolkota giants and their rivals East Bengal as they have both moved into the India Super League.

All matches will be held in West Bengal behind closed doors, with the kick-off date prospectively set for January 2021.

The India Super League will hold in Goa, with the kick-off to be later in November.