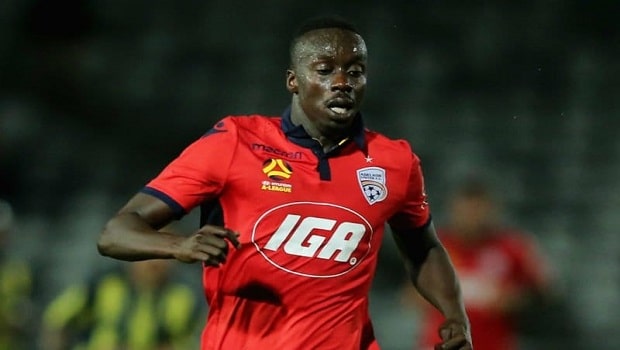 I-League leaders, Mohun Bagan, stretched their lead at the top of the league to 6 points after getting the better of their Kolkota rivals, East Bengal 2-1 at the Salt Lake Stadium on Sunday.

It was goals from Spanish player Joseba Beitia and Senegalese Baba Diawara who scored in the first half and second half of the game respectively to give Bagan a 2-1 win against East Bengal.

Mohun Bagan were favorites going into the game after winning all, but one of the last five played while East Bengal were on a two-game losing streak.

Expectedly the hosts took the game by the scruff and led in the 18th minute from a Joseba Beitia strike off an assist from Nongdamba Naorem.

The side had to wait for the second half before they got their second goal which came in the 65th minute as Joseba Beitia turn provider as he assisted Baba’s goal.

It is the third time in a row that East Bengal will be losing a game albeit Espada was able to get the team a consolation goal in the 71st minute.

Watched by a capacity crowd of around 63,000, Bagan took a 2-0 lead, scoring once in each half before East Bengal launched a late fightback. However, it proved too little too late. Joseba Beitia and Baba Diawara found the target for Bagan while Marcos Espada netted for East Bengal.

Mohun Bagan maintains its top spot with 17 points from 8games while Easy Bangal sits 7th with 8 points from seven games. While Mohun Bagan will travel to NEROCA on the 23rd of this month, East Bangal will face Chennai City away from home.

Other results from the I-league today includes Churchill Brothers losing at home 2-1 to an in-form TRAU FC while in the Indian Super League Jamshedpur beat Kerala Blasters by 3-2 om Sunday.