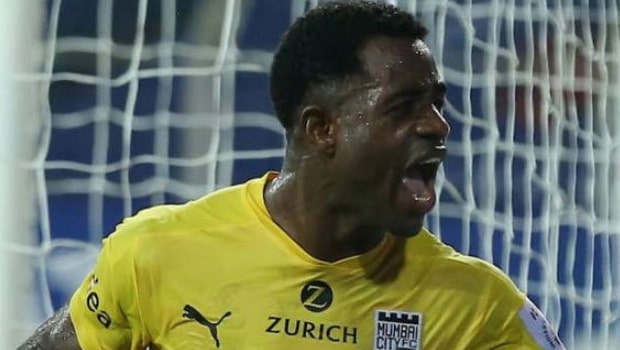 The Indian Super League teams have already started their signing spree for the upcoming season. Reigning champions Mumbai City have recently made a huge announcement of parting ways with their trusted marksman Bartholomew Ogbeche. On the other hand, ATK Mohun Bagan welcomes back India international and versatile defender Ashutosh Mehta.

The 36-year-old forward was a crucial member of Mumbai City FC last season guiding them to the Shield first and then to the ISL trophy. In 23 matches last season, Ogbeche netted eight goals along with three assists.

“All of us at Mumbai City would like to wish Bartholomew Ogbeche the very best as he leaves the Islanders. Thank you, Bart,” the club announced via their social media handles.

The Nigerian striker has plied his trade in several countries and has flourished in almost all of them. He joined Paris Saint Germain in 2001 and later played for clubs like SC Bastia and FC Metz. He also featured in the middle east while playing for Al-Jazira. He returned to Europe with stints in Spain for Deportivo Alaves, Real Valladolid and Cadiz CF. He also played for Middlesbrough in English football.

Ogbeche in India has already played for three ISL teams now. Starting from NorthEast United, followed by Kerala Blasters and finally Mumbai City FC. According to rumours he is heavily linked with a move to join Hyderabad FC.

Meanwhile last season’s runners up and finalists ATK Mohun Bagan have already started recruiting players for the upcoming season. They have signed Amrinder Singh from the Islanders and have also signed Finnish midfielder Joni Kauko who recently featured in the European Championship. Liston Colaco also looks like a very exciting signing.

The Mariners have added more arrows to their quiver as experienced Indian defender Ashutosh Mehta has joined the club for the upcoming season. Mehta who impressed national team head coach Igor Stimac with his performances at the ISL for the Highlanders earned his first Indian cap. It was a dream come true for the Mumbai based fullback.

The full-back clocked 1406 minutes across 18 games for the Highlander. He netted twice and registered two assists. He also averaged 3.44 tackles, 1.28 interceptions, 2.78 clearances and 1.44 blocks per game during the inspiring campaign for NorthEast United.