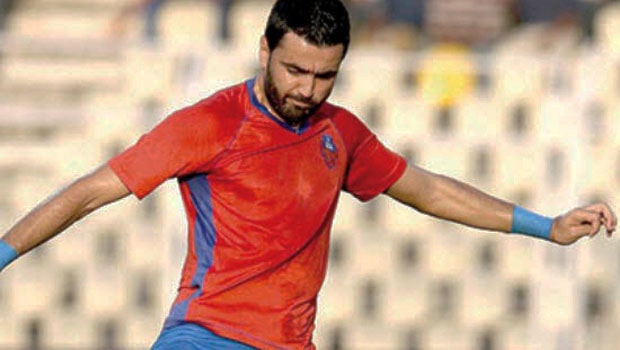 India Super League side, Mumbai City, have shown interest in signing Goa FC forward Ahmed Jahouh’s. According to reports, talks are in the advanced stage between the Islanders and the player’s representatives.

The player was a big player for Goa in the midfield last season with 17 appearances under his cap albeit with just a goal and an assist from his defensive midfield position.

He had joined Goa from the Moroccan league side FUS Rabat in 2017 where he had just nineteen appearances, before then he had 13 appearances for raja Casablanca from 2015 till 2016.

His best spell was with Moghreb Tetouan where he had 99 appearances from 2010 till 2015. The player will, however, bring international football experience having played for the Moroccan national team 9 times.

Mumbai City FC finished the 2019/2020 in the fifth position, scoring 25 goals and conceding 29 goals to end the season with 26 points from 18 games. This is in big contrast to its third-place finish in the 2018/2019 when the team lost to Goa FC in the semi of the India Super League playoffs.

Meanwhile, should Sergio Lobera pen a deal with the club, it will mean that the player will be reuniting with his former manager.

Paulo Machado’s Injury last season meant a big blow to the team as the Portuguese replacement in Rowllin Borges and Sourav Das was not as efficient in the latter stages of the league season.

Should the Moroccan be signed, it will mean a proper depth in the position has been added with a possibility of a better synergy as there is a prospect of working with Sergio Lobera, a man he played under while at Goa FC.

While Goa FC got to the semi-finals and lost to Chennaiyin FC, Mumbai City FC could only get into 5th position.