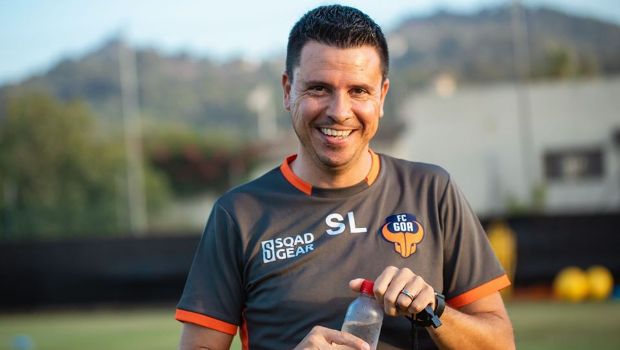 Mumbai City are on the verge of appointing Spaniard Sergio Lobera as its new manager going into the next season.

Sergio Lobera will succeed Jorge Costa at the helms of the affairs at the club when the new season starts.

The manager was sacked from his post as the coach of FC Goa near the end of 2019-20 season, and once the deal with Mumbai City goes through successfully, it will be a quick return to football for Sergio.

Contractual agreements are still being iron out, but it is believed that the deal for The 43-year-old to take over at Mumbai City FC is just formality.

Jorge Costa, Mumbai City FC’s most recent manager, left the club having spent two years with the team after joining them from the French second division side, Tours.

Lobera had a fantastic 2019-20 season with the Guars after guiding them to the summit of the regular Indian Super League season only for him to be handed the sack letter with three matches left in the league before the playoffs.

In the 2018-2019 season, he had managed to lead Goa to the final of the India Super League playoffs against Bengaluru, which the team lost.

The team lost the India Super League semi-final against Chennaiyin in the just ended season by 6-5.

The owners of Mumbai City FC, city football group admire the playing style of Lobera as it is in tandem with the group’s vision for the club side.

Having beaten off interests from elsewhere for the Spaniard, City football group will hope that Sergio Lobera will bring in stability to the club that finished agonizingly 5th on the league last season to miss out on the playoffs.