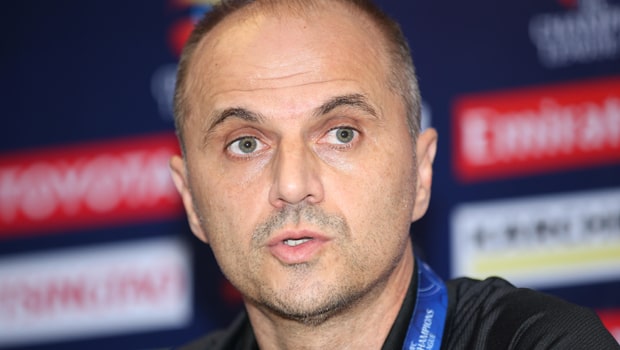 The 51-year old manager also feels that it is imperative to come up with a good defensive effort and a team is more successful if it concedes fewer goals. Bandovic added that it is crucial to play offensively but at the same time the team should have a tight defense.

“If you play offensively and you lose the game, you win nothing. Most important thing is to help improve the player. Result is important of course. I like to control the game, create chances to score. But let me tell you something, in most of the leagues in the world every team that wins the league concedes fewer goals. It’s not just the offence. There has to be a balance. You have to defend very well. You can win a game with one quality player but you can’t win the league. If you want to win the league, for me as a coach, the team will win it, not one player,” Bandovic said on the latest episode of Football United.

Bandovic is not worried about pressure and added that he has all the experience under his belt. The manager added that it is all about believing in what you are doing.

“I don’t have any problems with pressure. I have been working so many years, I was twice assistant coach, twice head coach. It’s a big, big pressure. If you believe in yourself, you know what you are doing [pressure can be dealt with]… Of course, sometimes there is pressure but this is our work. If I can’t handle pressure, then I have to change jobs. I can’t be a coach,” he said.

Chennai could only win three matches out of the 20 they played and thus had a disappointing previous season. Ergo, the two-time champions will aim to turn the tables in the upcoming season of ISL. The tournament is going to reportedly begin from November 19 in Goa.