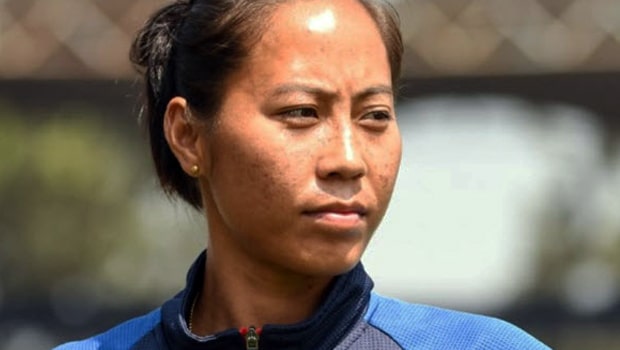 Ngangom Bala Devi, the goal-scoring machine from Manipur has startled the Indian sporting fraternity by shaking hands with a European football club.

She signed a contract with Scottish giants, Rangers W.F.C making her the first female Indian footballer to play professionally outside the country.

“We are thrilled to welcome Bala to Rangers. She is an exciting signing on so many levels,” said Amy Macdonald, the Women’s and Girls’ Football manager at the club.

The club will certainly benefit from what Bala Devi brings to the table. The contract will see her rub shoulders with the best footballers in the Scottish Women’s Premier League for a period of 18 months.

For someone of Bala Devi’s calibre, this move to Europe is well-deserved. Watching Bala Devi on the field has a resemblance to Cristiano Ronaldo playing at the Bernabéu.

While it isn’t entirely fair to compare her to the legend, Bala Devi can do two things with perfection just like the Portuguese star. She is as quick as a flash, and she has the acumen to position herself for strong finishes. Combine these two skills and you have a potent goal-scoring machine. This is well justified as she has found the back of the net 52 times in 58 appearances for the national team.

Bala Devi can sneak through a sea of defenders with her positioning sense and you’ll find her at the receiving end of crosses and passes ready to drill the ball past helpless keepers. And it’s not just her agility and scoring abilities, her celebration too is inspired by the Portuguese great.

She celebrates with a towering jump into the 180-degree midair turn like Ronaldo and concludes the celebration with a powerful landing with her legs spread wide – the stance that defines confidence, attitude and fearlessness.

The former Manipur Police SC striker has been instrumental in numerous victories for the Indian football team including the 18-0 drubbing of Bhutan at the South Asian Football Federation Championships in 2010 where the striker scored five.

The Indian football team finished the tournament as champions and Bala Devi was adjudged Player of the Tournament owing to her tally of 11 goals. The pacey forward’s contribution to Indian football has not gone unnoticed as she has been named the All India Football Federation (AIFF) Women’s Player of the Year twice, in 2015 and 2016.

Fifteen years since her debut, Bala Devi has added another feather to her cap by signing for an international club. By joining hands with Rangers F.C, Bala Devi has etched her name in an elite list of Indian footballers who have plied their trade overseas.

Keeper Gurpreet Singh Sandhu offered his services for three years at Stabæk Fotball in the Norwegian football league and was also the first Indian to feature in a European club competition.

Bala Devi has put certainly India on the world map with this move. This also opens the doors for other footballers, especially women who now have someone to look up to.