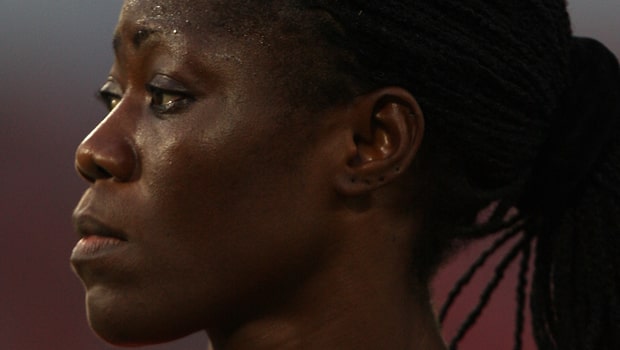 One of Africa’s pioneering female football legend and Nigeria’s Goalkeeping icon when it comes to female football, Precious Dede has been appointed as the coach of Indian’s female under-17 national team ahead of next year’s FIFA under-17 women’s World Cup which will be hosted in the country.

The former Nigerian captain put pen to paper for a deal that will last for 1 year with the Association of Indian Football Federation, and she would work in the capacity as a goalkeeper trainer for the female team after replacing Shaikh Mohammed Qadeer as the Asian country’s women’s goalkeeper trainer.

The deal will see her link up with a former Nigerian Coach, Thomas Dennerby whom she worked with while the Swede who was the coach of the super falcons who are the female national team of Nigeria, prior and during the 2019 FIFA women’s World Cup in France

Before her appointment as a goalkeeper trainer for the team that will be coached by Thomas Dennerby, Precious Dede played for Delta Queens in the Nigerian women’s football league before she eventually retired and joined Thomas dennerby who became Nigeria’s coach in January 2018.

It would be the first time that India would be hosting a FIFA women’s tournament, but the country hosted the FIFA under-17 World Cup in 2017.

Meanwhile, stadia across the country which held and hosted the FIFA under-17 World Cup in 2017 are also the venues that the female version of the tournaments with The Kalinga Stadium in Bhubaneswar already confirmed while event while Ahmedabad, Goa, Navi Mumbai, and Kolkata also in contention to host the games when they start