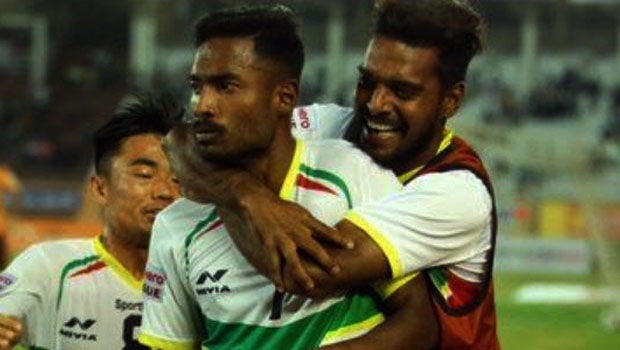 NorthEast United has gotten into the lead in the race to sign TRAU FC midfielder Krishnananda Singh who featured Sixteen times for the team this season.

The midfielder performances, in which he scored 3 goals in Sixteen matches, have since attracted interests from several clubs, including clubs from the India Super League (ISL).

According to an unofficial source, while the player hasn’t signed for the club, he is 80% close to joining NorthEast United.

The player is considered a versatile addition to any team with the ability to play any position in the midfield.

East Bengal were also linked with the player with the green and gold making an offer for him, but the chances of him playing for them look low.

The source also denied rumors that the player had signed for East Bengal.

“Yes, offers were there from East Bengal too. But, the player never signed any contract with them, which a lot of people are claiming.”

TRAU FC are placed at an impressive fifth position in the I-League with 22 points from 17 games played and 17 goals scored with 27 goals conceded.

They, however, are just one point away from second-placed East Bengal, who top Punjab in third on goals difference.

While Atletico De Kolkota has won the India Super League with the season completed, the I-league is set to annulled with prize money shared among the teams.