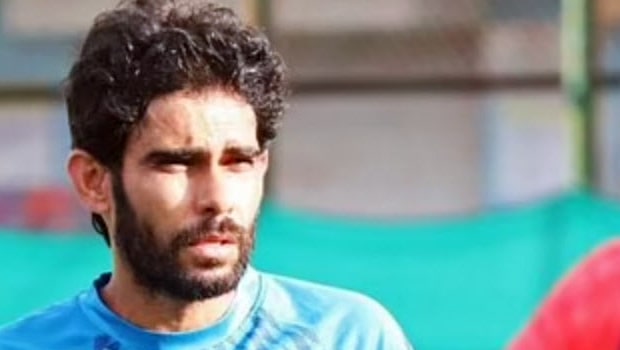 The Jamaican missed three matches due to injury and announced his comeback with his first hattrick in the ISL. The Highlanders could have even won the game had Mathias Coureur finished the last opportunity that he got.

Speaking on Brown’s heroics, head coach Khalid Jamil said, “Brown came last year and helped us and this time also he helped us after coming back from injury. He combined well with Mathias (Coureur) and helped us. Sehnaj (Singh) and Pragyan (Gogoi) also did a good job in the centre.”

The Indian tactician also pointed out that other than Brown many other important players helped them achieve a point against the defending champions. “I think everybody worked hard. Mathias played a crucial role in creating those goals for Brown. Imran (Khan), (Patrick) Flottmann, Hernan (Santana) and Chhara also did a good job today, ” Khalid added.

Manipuri midfielder Imran Khan is finally having his moment in the ISL as he registered two assists for the Highlanders in a crucial game. Khalid highlighted how he played in a different role only to assist Brown upfront. “He’s working hard and we missed him at the start of the season. We changed his role and made him play wide to be the supply line for Brown. He provided two assists to Brown tonight,” Khalid explained.

Mauritania international Khassa Camara, who has been the fulcrum of the Highlanders has left the club after he was selected for his national for the Africa Cup of Nations. Khalid revealed that Camara has left the bio bubble to join his national camp.

NorthEast United this season have been marred with injuries and several other problems. The Highlanders have played some great football but have struggled for consistency. The foreigners have not had the best season in terms of injuries and with Federico Gallego out for the season and Camara on his way  to his national camp things are not looking good for the Highlanders. They are currently ninth in the points table and the fans are expecting some activity from their club in the January transfer window.