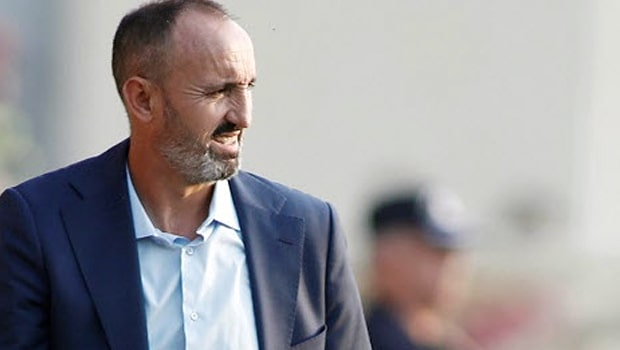 Odisha FC suffered their biggest loss of this season against Hyderabad FC in a 6-1 defeat. Bartholomew Ogbeche scored a brilliant brace whereas Edu Garcia, Joao Victor and Javi Siverio also joined the party with a goal each. The opening goal came from Hector Rodas’ own goal whereas Odisha FC also scored a mere consolation which also came from a Juanan own goal.

After the humiliating loss, Odisha FC head coach Kiko Ramirez felt that whatever his opponents tried came to fruition against them on the night.  “Every shot of the other team went inside the net. What can we say?” he began at the post-match press conference.

The Kalinga Warriors are winless in their last four matches and Ramirez wants to focus on the upcoming fixtures as there is no point in dwindling in the past. “Now we will try to realize the result and try to prepare the team for the next match,” he stated.

When questioned whether this loss will affect their playoffs chances, the Spanish tactician reasoned, “It affects now our mood and how we feel (sic). But the season is long. The things that happen again in the pitch. Some things that are happening match after match, these things affect us.”

“Today as a coach, we did bad and we lose 6-1. But there are other people inside the pitch that didn’t work properly. That’s the reality but we lost 6-1,” Kiko Ramirez concluded.

Odisha FC after their horrible last season went through a turnaround. The team management revamped their roster, brought in new foreigners, new coach and changed the outlook of the team completely. The Kalinga Warriors even started in that manner and looked like a rejuvenated team playing the fluid attacking way under the tutelage of Kiko Ramirez. Javi Hernandez and Aridai Cabrera were firing on all cylinders for them.

However, the tables have turned now and the Kalings Warriors currently find themselves in a spot of bother. They are winless in the last four games this season and this 6-1 defeat will sure affect the players mentally. So Ramirez and his men need some sort of inspiration to pull them out of this bad patch before it is too late. They surely have the resources and the personnel to reach the playoffs this season. But the performances need to improve in the coming fixtures.