Home » Football » What does Omid Singh’s signing mean for East Bengal and the Indian Football team?

What does Omid Singh’s signing mean for East Bengal and the Indian Football team? 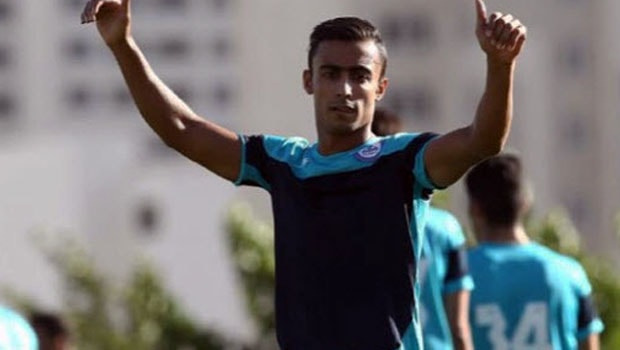 Kolkata giants East Bengal have managed to acquire the services of Omid Singh, an Iranian winger of Indian origin, for the 2020/21 season of the I-League. The signing is quite significant for both the I-League and Indian football as well. Iran is one of the best football teams in Asia and their players are supposed to bring quality to the table as well.

Omid is one of the most popular faces in Iran’s Gulf Pro League and this transfer is expected to be worth every penny for East Bengal. His arrival can help East Bengal a lot in solving their problems in the wings as well. They struggled last season mainly because of the poor performance of their wingers and the need for quality in that area was clearly visible. Omid can definitely sort that issue out as playing on either sides of the wings comes quite naturally to him. He will be joining the Kolkata based clubs after playing for clubs like Naftasjed Solemann, Nassaji, Pars Jonoubi, and Esteghal Ahvaz, among others.

“Omid has signed with us for two years. He will join us once the next season starts,” said @eastbengalfc top official Debabrata Sarkarhttps://t.co/qF22fABPPb

As far as the Indian football team is concerned, their coach Igor Stimac will be keeping a close watch on Omid’s signing as well. It remains to be seen whether Omid signs up for EB as an Indian or a foreigner. He will have to give up his Iranian passport in order to sign as an Indian. If he does so, India will have an excellent option in their ranks in the form of Omid.

Interestingly, the 29-year-old had already expressed his interest in playing for India last year but the move couldn’t materialize due to some issues with paperwork.

“I liked to play for Iran national football team, but I was not invited to Team Melli. At the moment, Iran are one of the best teams in Asia and it’s hard to be part of the team. Mr Stimac called me and I accepted to play for India,” Omid had told Tehran Times last July.

“I am not familiar with the Indian football team but I know that they have progressed a lot in recent years. David James, Robert Pires, Nicolas Anelka, Roberto Carlos and Zico have played in Indian league in the past years,” he had added.

Omid has currently accumulated 5 goals and four assists having played 67 games in Iran’s top flight. He won’t be the first Iranian to play for East Bengal though. Players like Mahmood Khabaji, Jamshid Nassiri, and Majid Bishkar had represented East Bengal in the 1980s.