Home » Football » Pre-season helped us build a strong connection and understanding between us: Lallianzuala Chhangte

Pre-season helped us build a strong connection and understanding between us: Lallianzuala Chhangte 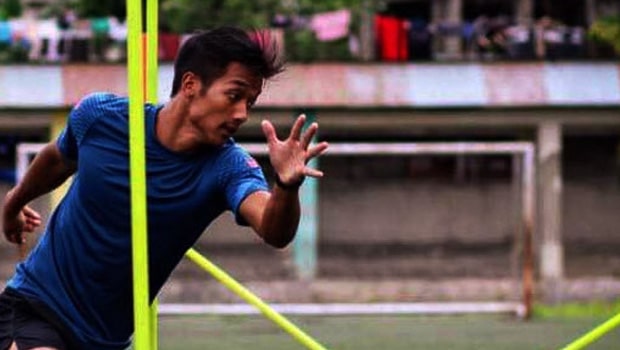 Chennaiyin FC winger Lallianzuala Chhangte was one of the most impressive players in the previous season for the club. However, the Marina Machans had a disappointing run in the last season as they could only win three matches and finished at eighth place in the standings.

Now the two-time champions will be looking to turn the tables in the upcoming season of Hero Indian Super League 2021-22, which will be played in Goa for the second successive season. Lallianzuala Chhangte stated that the pre-season helped them build a strong connection and understanding between them, which will be crucial for their team’s success.

Thus, Chhangte is happy with the team’s preparation ahead of the eighth edition of the tournament. The club will look to hit the ground running as they have prepared well.

“We’ve been doing our best right now and there is plenty more to do and we have more time to prepare for the season and get to know the teammates better, unlike last season. The coach came with a proper plan, which is very very good. And if we can apply and play like one, I think we can achieve much more than what we have accomplished,” said Lallianzuala Chhangte.

“Pre-season is going great right now and the players and coaches have been gelling very well. Most of the players are new, especially the foreigners, but we already know each other very well and we are building a strong connection and understanding between us. All the players are working hard, not to mention the coaches. There is a healthy competition amongst the players which is very very good,” added Chhangte.

Chhangte revealed that there is a difference while playing for country and club. The 24-year old added that you get more time to prepare when you represent the club while one doesn’t get much time to be fully prepared when you are representing the national team.

“But, in club football, you have ample of time to adapt, yet you cannot lose your focus and you always need to be consistent and always be ready when the coaches need you. The coaches came with different philosophies, but, at the end of the day, they all wanted to win the game. So, it’s important that we listen carefully to what the coaches told you and try to do (replicate) in the matches.”