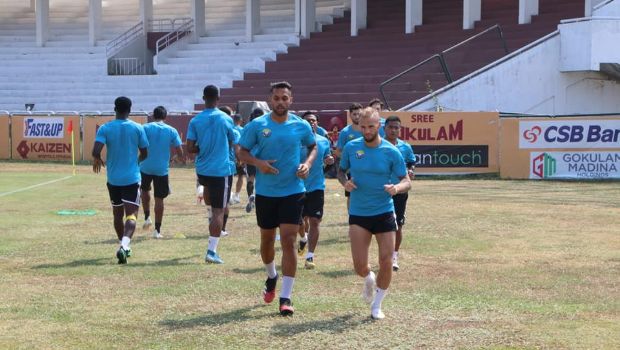 I-League side, Real Kashmir, will hope to make it four wins in four games consecutively when they travel to Punjab on Sunday in the ISL.

Real Kashmir has won its last three games, including a 2-0 win away to Indian Arrows on the 21st of January, 2-0 against Aizawl on the 1st of February, including a 1-0 win over Gokulam on the 8th of February.

The team sits fifth with fifteen points from 9 games, three away from second place Punjab and 14 points away from table-topping Mohun Bagan.

Therefore, a win in the game for the Snow Leopards at the Guru Nanak Stadium will see Real Kashmir jump to the second level on points with Punjab if other results go in their favour.

Punjab, in its last three games, has won one, lost one, and draw the other, and David Robertson, coach of Real Kashmir, is excited about the perfect run of form in recent weeks.

He also believes that the fact that the majority of these results were got on away grounds will help if the players work hard.

The Snow Leopards can bank on defender Mason Roberson who has found the net in the last three games consecutively.

While Englishman Kaullum Higginbotham and Gnohere Krizo are also a part of the lively Real Kashmir striking options.

The Snow Leopards strengthened their attacking department with the signing of Lalhmangaihsanga Ralte and Robin Singh from ISL teams on loan.

Punjab has won two, drawn two and lost one of their last 5 games. Punjab beat NEROCA FC 3-2, they also triumphed 3-1.

After serving as the head coach of FC Goa for three seasons, Sergio Lobera will be taking ove... Read More

Mumbai City are on the verge of appointing Spaniard Sergio Lobera as its new manager going into the ... Read More