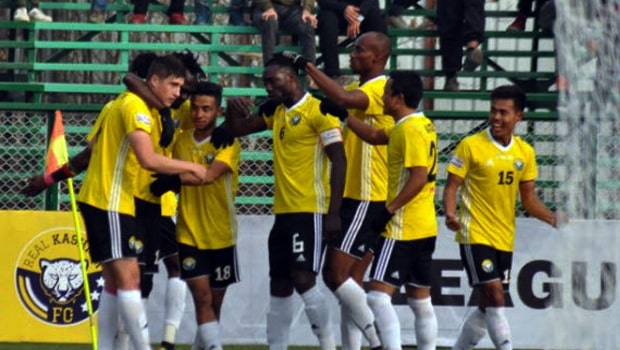 Real Kashmir Fc has confirmed that it will play its home matches at Srinagar in the next season.

Sandeep Chattoo, who is the club co-owner, confirmed this on Tuesday despite the clampdown and abolishment in Kashmir earlier in August 2019.

Chattoo insisted the abrogation would not affect neither will it deter the team from playing its home ties in Srinagar at TRC Ground.

According to Chattoo, the club has been assured support by relevant authorities that could be given to any club side in the Indian League.

However, he stated that he was due to security reasons; the capacity of the venue will be reduced.

Nevertheless, he continued that he is expectant of the presence of fans in their multiple numbers to show up, although the number of spectators allowed will be controlled.

Kashmir lockdown reached 100 days on Tuesday, and Chattoo has taken positive strides in the situation stating that it has assisted in keeping the players focused and away from the distractions of the Social Media after claiming players spent much time on the phone while Coach of the side, David Robertson is said to be delighted with the development.

This has led to players putting all efforts and energy into training in order to challenge and lift the league and Coach Robertson who is leading Kashmir in the I-League for the third time revealed that there had been a bigger cohesion and togetherness in the team as a result of the clampdown on communication in the Valley.

Robertson, who is now into his third season as the club’s head coach, said the communication clampdown in the Valley has helped bring his team together as a unit.

While Robertson revealed it has been hard leading the team so far, he said: “it (the lockdown) makes us closer together as a unit; we are spending a lot of time together as a group.”