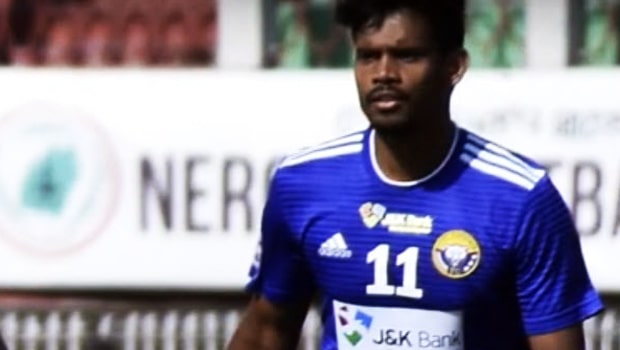 The Yellow Army made the revelation on social media with a statement. “Ritwik Das is a Blaster! Join us in welcoming the young midfielder to the KBFC family,” the club posted on Twitter on Wednesday.

The 23-year-old featured for Real Kashmir with David Robertson in charge of the clubside, he was also a part of the team that got promoted from the I-League second division into the I-League just after 2 years of being in existence.

Meanwhile, goalkeeper Albino Gomes has been signed and recently appointed Kibu Vicuna is expected to make more signings, especially as players like Jessel Carneiro have extended their contracts.

The manager hinted his plans for the new season with the players he met in the team, as well as new players set to be added.

“I watched all of Kerala Blasters’ matches from last season and understood that we have good young players. This will definitely be taken into account when we are making plans for the new season. With them, we will try to build the best team possible,” he was quoted on Khelnow.

The Kochi based team made a good impression in the first years of the India Super League, making two finals of the ISL buy. They haven’t even made the playoffs since 2016.

Last season, the team failed to qualify for the playoffs again, finishing seventh with 19 points in 18 games where they recorded just 4 wins 7 draws and 7 losses.

The start of the new 2020-2021 India Super League season is not decided, but the All India Football Federation has started talking with some state governments with the potential to host ISL in one venue and the start date placed for November 21 and I-League in December.