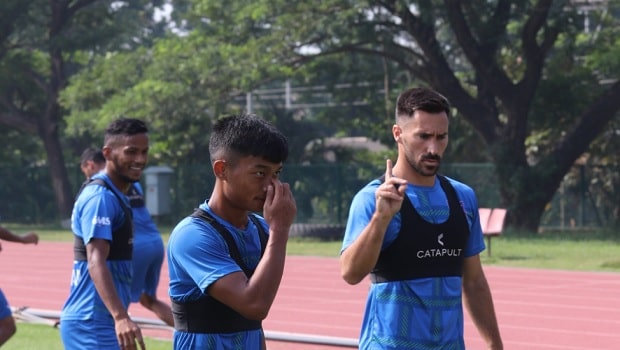 Any set of new players takes time to strike a chord. The same was expected from Odisha FC players as they are the new entrants of the Indian Super League this season.

More than the defence, it is always the attacking play that takes time to shape up. After all, it requires immense coordination between the players to create a scoring chance and then convert it successfully as well.

But thanks to the efforts of Aridane Santana, Xisco Hernandez and Jerry Mawmihingthanga, Odisha FC have been lucky to have a formidable front three right within the first half of the season. The trio has gelled up pretty quickly and it seems each of them understands one another very well.

Out of Odisha’s total tally of 11 goals this season, eight have come from the boots of Santana and Xisco combined. They have also accounted for an assist each as well. Although Jerry has netted only one Goal, he has contributed immensely by creating chances. The Indian forward has four assists to his name, the joint-second most for any player in the league this season. So these numbers sum up how these three players have contributed for Odisha in this season so far.

However, their efforts have been undone by the indiscipline and inability of their backline to stop the opposition from scoring. The Odisha defence has conceded 11 goals this season, which is also the third highest number of goals conceded by any team in the league at this stage.

As a result, they have been able to win only two out of their eight matches so far whereas three of them have resulted in losses. The other three matches that have ended up with drawn results should have gone in favour of Odisha. But it was their lackadaisical defending once again which made them lose out on valuable two points in each of those three matches.

So the Odisha defence needs to step up. The likes of Xisco, Santana and Jerry are already delivering their best. A little support from their backline in the forthcoming matches may help them to propel their team into the semifinals.