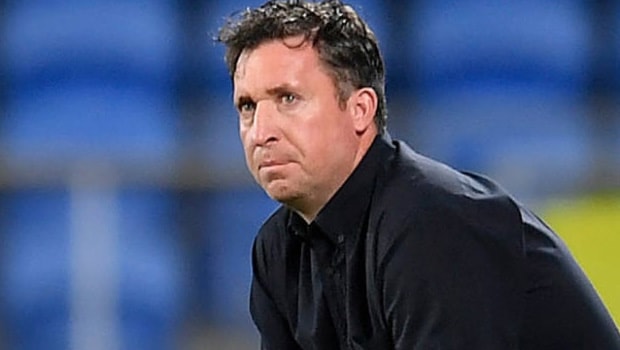 SC East Bengal have made the worst start among all teams in this Indian Super League season. They have lost three matches on the trot now and their head coach Robbie Fowler is really unhappy with some of the refereeing decisions that have gone against his side so far. That’s why he has called for the introduction of VAR (Video Assistant Referral) in the ISL.

East Bengal lost their last match against NorthEast United by a 0-2 margin and Fowler claimed that there were two refereeing decisions that shouldn’t have gone against his side.

“I thought the decisions (of not giving penalties) were blatant. Certainly the first one in the first half was clear-cut. The second one, for me, was clear cut as well,” Fowler said.

The first incident came when their midfielder Jacques Maghoma was tripped inside the box by NorthEast United defender Ashutosh Mehta. However, the referee waived play on instead of calling a foul.

The second such instance came when Anthony Pilkington’s shot at the goal seemed to have brushed a NEUFC defender’s arm, before it was parried by the Goalkeeper.

“Referees might need a bit of help, I know they are doing a tough job. When you get two blatant penalties wrong like that, it is tough to take for a manager. I’m going to say ‘yes’ (for VAR),” Fowler said.

Fowler did, though, admit that he was “not a huge fan of VAR”. “I think it slows the game at times,” he said.

Apart from complaining about these mistakes, Fowler also blamed his lot of defenders for some sloppy defending. He said that the late goal by NEUFC substitute Roccharzela wasn’t something they should have conceded.

“Sometimes it is schoolboy football (while defending). Probably our worst performance so far, we have lacked dynamics but we hope to get it right,” he said.

“When you are a professional footballer, you need to realise what’s at stake. We will work on that on the training pitch.”

East Bengal have now conceded seven goals in their three games and are yet to score even one. They will face Jamshedpur FC next on December 10.