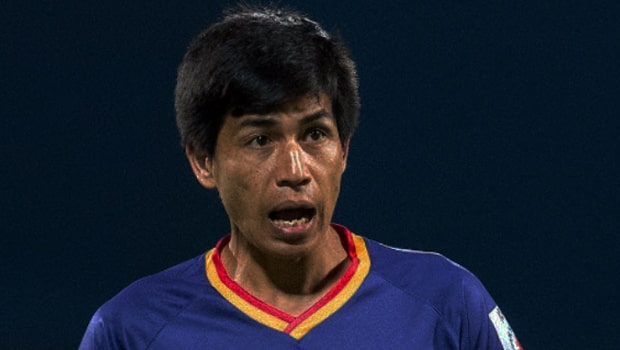 SC East Bengal gave a valiant fight but it was not enough as Ishan Pandita scored the 88th minute winner for Jamshedpur FC in their latest Indian Super League clash. The Red and Golds are still at the bottom of the points table with only six draws. They are the only club still winless in the current campaign.

Interim coach Renedy Singh was satisfied by his team’s fight on the night considering how he fielded an all Indian starting eleven. But felt that draw would have been a more justified result for the Kolkata giants.

“It is really sad to concede a goal at the 88th minute. Then again, I am happy with the boys and their work-ethic. I’m sure if they continue doing so we will reach a better position,” the coach assured.

Renedy admitted that his boys stepped up to the challenge and went toe to toe with the big foreigner of Jamshedpur FC. “A draw would have been fair. If you see the last two matches, we had very tough games.

“There were some great players in the Jamshedpur team, but the Indian boys kept their shape throughout and I’m really with them,” Renedy reiterated.

It was for the first time a ISL outfit fielded an all Indian team. Renedy was proud of how his boys held the Men of Steel for the majority of the game and frustrated them. He wants Indian players to believe in themselves.

“I’m sure everyone has seen the game and how well they performed. It’s sad that Adil (Khan) had to come off due to an injury.

“We knew that we were playing against stronger foreigners, but we Indians just need to believe in ourselves. Yes, we conceded a late goal, but this is how we have to fight,” added the former India captain.

Renedy Singh’s tenure as an interim coach comes to an end as the club has already assigned Spanish tactician Mario Rivera. The Spaniard will be out of quarantine before the next match against FC Goa. It was a good learning curve for the young Indian coach as he showed great defensive structure and helped SC East Bengal gain two draws from three matches against Bengaluru FC and defending champions Mumbai City FC.