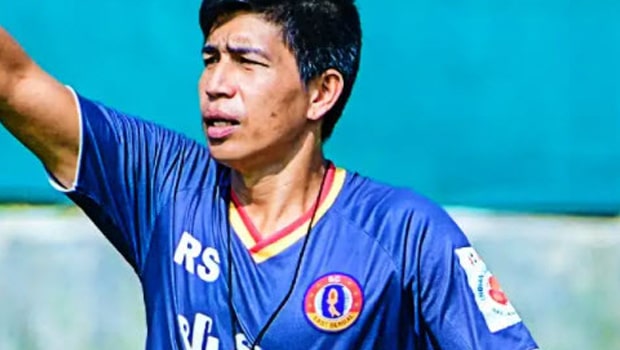 SC East Bengal held Bengaluru FC to a 1-1 draw in their latest Indian Super League clash. It was interim head coach Renedy Singh’s first assignment as head coach and after looking at the team’s performance one can say that the Indian tactician did a good job.

After the game, Renedy addressed the media and touched on several aspects. He highlighted the importance of the defensive structure that he had developed in the last six days of training and hard work.

“Yes, if you see the way the players fought. We were talking about structure before the match and they did hold their shape till the end of the game.

“Apart from one clear-cut chance, the opposition did not have many opportunities. We had three open-play chances, and we scored once. With many foreigners out, we can’t play the expensive game, but I am really proud of the players who fought on the field,” Renedy began at the post-match press conference.

It was a game where Adil Khan returned to the starting lineup and delivered a man of the match performance. However, Renedy admitted that he was worried about Adil Khan as he was in action after a long injury layoff. The veteran India international played a big role in maintaining the shape and keeping players like Prince Ibara and Cleiton Silva at bay for the entirety of the game.

Lastly when questioned whether Renedy Singh is happy with his team’s performance or not. The young coach quickly disagrees and then added, “No, I still want to play better. With the situation we are in, it is difficult. I have been given the charge for three matches. Let’s see if in the next two games I can do well and after that, I’ll hand over to the new coach,” Singh concluded.

SC East Bengal are still the only team winless in the Indian Super League and due to the poor string of results their head coach Manolo Diaz parted ways handing Renedy the opportunity. Although the club has appointed Mario Rivera as their new coach, the Indian tactician will fill his spot until the Spaniard is out after quarantine.