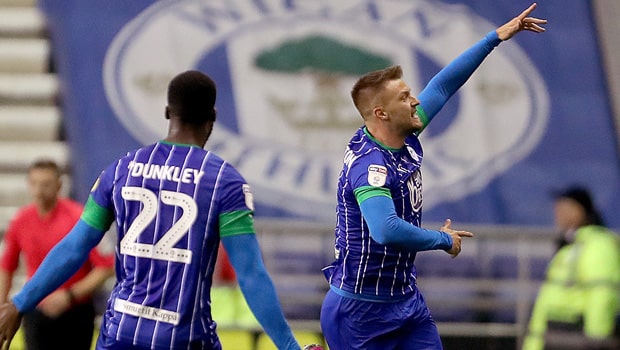 The duo are already in India and are currently under quarantine as the team prepares for the 2020-21 India Super League season.

Anthony Pilkington once featured for Norwich City in the English Premier League between 2011 and 2014, making 75 appearances for the club and scoring 14 goals with 5 assists.

The Republic of Ireland forward said that he is ready for the challenge that the Red and Golds present and that he will dorn the shirt with pride as the team fights for the title.

“SC East Bengal is one of the most followed clubs in India, and to don their shirt in the ISL is a matter of pride. I know expectations are always sky high when you are playing for SC East Bengal and I am ready to face the challenge head-on. I am looking forward to working with the gaffer and I believe we have the squad to fight for the title,” Pilkington said.

The 32-year-old Pilkington joins from Wigan Athletic, having made just 24 appearances for the club last season. He was with Cardiff City between 2014 and 2019, making 103 appearances and scoring 20 goals in 5 years.

Meanwhile, Aaron Amadi-Holloway joins from A-League side Brisbane Roar; he made 23 appearances last season for the club last term.

The defender once featured for Wycombe Wanderers and Shrewsbury Town in the lower leagues in England before moving to Australia.

Under the management of Shree Cement Limited, East Bengal revealed a new logo and emblem on Monday ahead of their first-ever participation in the India Super League.

Shree Cement took over from Quess Corp who stopped investing in the club in July due to the economic impact of the coronavirus.