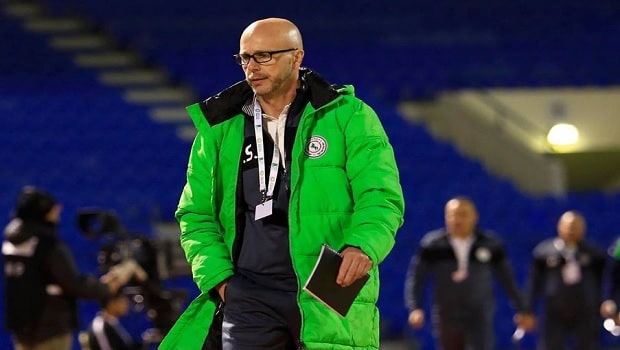 Indian super league side Kerala Blasters will take on Jamshedpur FC in round eight of the 2019/2020 season in Kochi on Friday, and Eelco Schattorie tutored team has found it hard to get the desired result.

Since their opener against ATK two months ago in October, the team has failed to win a single game losing three times and recording a draw three different times.

Dutch manager Eelco Schattorie has disclosed that one of the issues facing his team is the nature of goals conceded, often times the Kochi club has let in goals in the final minutes of their games and manager has revealed that the quality of his players and their mindsets towards set pieces.

He also mentioned the need for leadership in order to achieve organization on the pitch of play, but this can only happen when you posses experienced players in the team who can make adjustments.

However, there is a bit of positivity as regards to injuries and fitness issues in the team as Mario Arques, who has not played since getting injured early in the season, has recovered but not fully fit yet and as such will delay the reintroduction of the midfielder back into the starting 11.

Despite this, there are other injury concerns for blasters whose first-choice players in the mold of Sandesh Jhingan and Bartholomew Ogbeche
have also been out with a varying degree of injuries.

Kerala Blasters sit eight on the log having drawn three of its last five games with six points, one win and three losses and three draws while Jamshedspur sit in fourth with 12 points from three wins three draws and a loss although they have just one win in their last five with one loss and three draws.